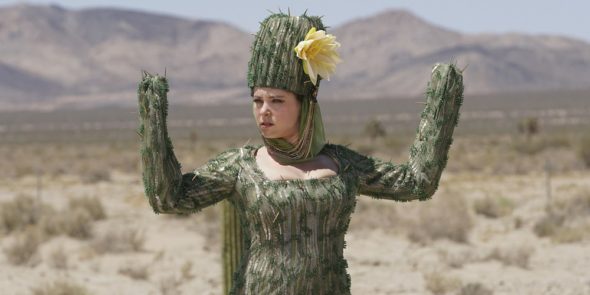 Season three of Crazy Ex-Girlfriend wrapped in February, but will there be a fourth? Recently, Rachel Bloom spoke with EW about the future of the CW TV show.

In the interview, Bloom revealed what her hopes are for the end of Crazy Ex-Girlfriend. The The CW has not yet announced a season four renewal for the series, but it is likely the critically acclaimed show will return:

This is ultimately a story, not about romantic love, but about finding what makes you truly happy. It’s one of those fundamental questions of life, but what makes you truly happy in a way that’s genuine. Not what you think should make you happy or what other people think should make you happy. What makes you happy and what makes that up is something that doesn’t usually fit into a box. It’s something that doesn’t fit into a musical theater or music video trope. It’s all of these contradictions and juxtapositions that make up a person’s happiness and that is, ultimately, what the show explores.”

What do you think? Do you watch Crazy Ex-Girlfriend? Do you want a fourth season?

Of cource I do! I really hope that will be more then one seasons 🙂

Yes, my husband and I love it. We wish there was more episodes per season and more seasons to come. Finger crossed.