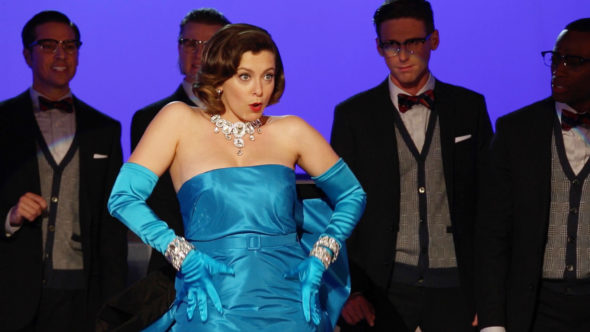 Crazy Ex-Girlfriend is getting super-sized. TVLine reports The CW has ordered extra episodes for the TV show’s fourth and final season.

The CW has not only ordered extra episodes (18 instead of the usual 13) for the final season of Crazy Ex-Girlfriend, they’ve also released a synopsis:

Nathaniel feels betrayed by her, Josh is taken aback by her, and Darryl is parenting her baby. Paula, Heather and Valencia remain staunchly by Rebecca’s side but they are busy finding their own identities (as a law student, regional manager and kickass party planner, respectively.)”

The fourth and final season of Crazy Ex-Girlfriend premieres on The CW on October 12th at 9 p.m. ET/PT.

What do you think? Are you a fan of Crazy Ex-Girlfriend? How do you want the series to end?

I love this show & am sad that there will only be one more season. I really want Rebecca & Nathanial to get married & live happily ever after. I just found this show on Netflix a few weeks ago & just could not stop watching it. I love musicals! I am part of a theatre group in my community & this show just makes me want to pursue theatre even more!