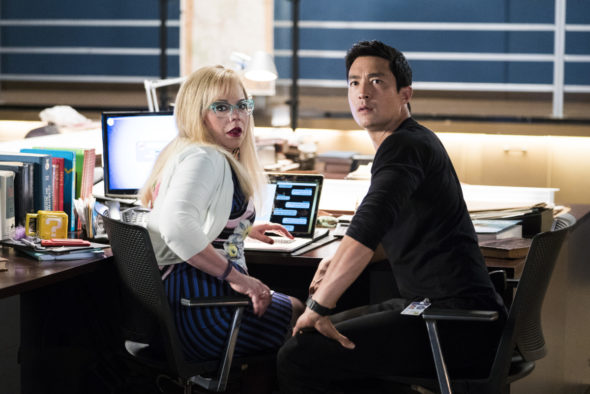 How much longer will Rossi and team remain on the case? Has the Criminal Minds TV show been cancelled or renewed for a 14th season on CBS? The television vulture is watching all the latest TV cancellation and renewal news, so this page is the place to track the status of Criminal Minds, season 14. Bookmark it, or subscribe for the latest updates. Remember, the television vulture is watching your shows. Are you?

The 13th season of Criminal Minds averaged a 0.99 rating in the 18-49 demographic and 5.73 million viewers. Compared to season 12, that’s down by 29% and down by 23%, respectively. Find out how Criminal Minds stacks up against the other CBS TV shows.

Although the ratings slipped some last season, CBS still renewed Criminal Minds for a 13th season. It premiered with lower numbers than last season and the ratings have dropped quite a bit lower. To be honest, I think this show’s fate will all come down to money and contracts. I suspect that there will be a 14th and final season. I’ll update this page with any updates. Subscribe for free updates on any Criminal Minds cancellation or renewal news.


What do you think? Are you glad that the Criminal Minds TV show has been renewed for a 14th season? How would you feel if CBS had cancelled this TV series, instead?

I absolutely love Criminal Minds and have been dedicated to it since the beginning. I vote 500% to keep this show thriving until there is no story line left. The time the show airs is at a disadvantage for voters. Please do not discontinue this show to the many who consider this show our absolute favorite.