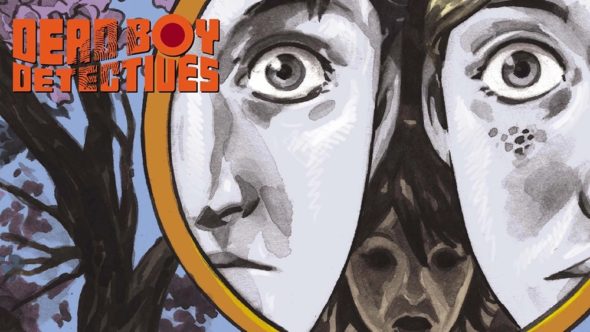 Dead Boy Detectives is headed to HBO Max. The streaming service has greenlighted a drama series based on the DC comic from Neil Gaiman and Matt Wagner. Starring George Rexstrew, Jayden Revri, and Kassius Nelson, the series follows two dead British teens and their alive friend. Eight episodes of the horror drama have been ordered.

Steve Yockey (The Flight Attendant, Supernatural, Doom Patrol) wrote the pilot episode of DEAD BOY DETECTIVES and serves as showrunner. Yockey, Jeremy Carver (Doom Patrol, Supernatural), Greg Berlanti (You, The Flash), and Sarah Schechter (The Flight Attendant, You) are executive producers on the series. Lee Toland Krieger (Superman & Lois, upcoming Green Lantern) directed the pilot episode and also served as an executive producer on the pilot alongside David Madden (Superman & Lois). Based on characters created for DC by Neil Gaiman and Matt Wagner, the series is produced by Berlanti Productions in association with Warner Bros. Television. Yockey, Carver, Berlanti Productions, and Krieger are all under overall deals with WBTV.

Sarah Aubrey, Head of Original Content at HBO Max, said the following about the series:

“We are excited to be expanding further into the DC Universe with Steve, Jeremy and the Berlanti team with this thrilling new spin on a detective series. We were fascinated by the world of the Dead Boy Detectives that Steve and Jeremy first introduced in ‘Doom Patrol,’ and cannot wait to follow the supernatural sleuths in the lurid mysteries to come.”

Steve Yockey, the showrunner, also spoke about the series:

“I’ve been obsessed with this comic for a long time, so it’s a true passion project. And Jeremy, Berlanti Productions, DC, WBTV, HBO Max – they’re all encouraging me to run with every wild, bizarre, and unsettling choice. The result is going to be really dark fun.”

A premiere date for the new DC series will be announced later.

What do you think? Are you planning to check out this new show on HBO Max?