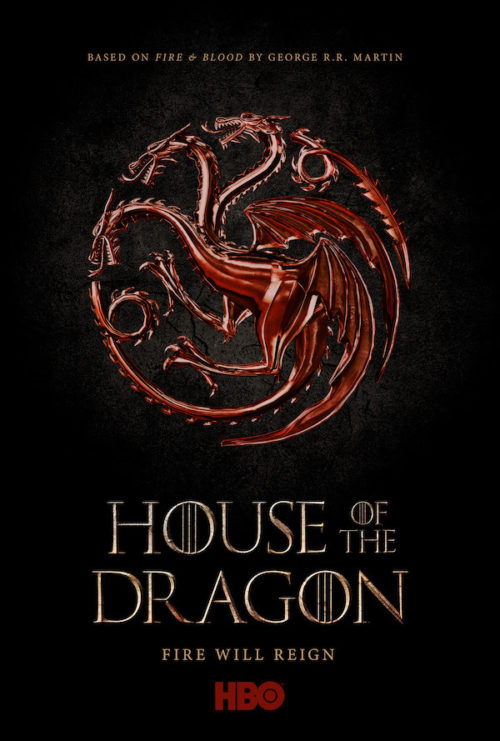 After months of speculation, HBO has decided to give a series order to one of the four Game of Thrones prequel series that were in development. (According to Deadline, another prequel, starring Naomi Watts, is dead.) The cable channel has ordered House of the Dragon to series with a 10 episode order.

Co-created by George R.R. Martin and Colony co-creator Ryan Condal, the series is set 300 years before the events of Game of Thrones and focuses on the tale of the House Targaryen. Written by Condal and based on Martin’s Fire & Blood, the series will be run by Miguel Sapochnik and Condal.

LOS ANGELES, October 29, 2019 – HBO has given a 10-episode, straight-to-series order to HOUSE OF THE DRAGON, a “Game of Thrones” prequel co-created by George R.R. Martin and Ryan Condal. Miguel Sapochnik and Ryan Condal will partner as showrunners and will also serve as executive producers along with George R.R. Martin and Vince Gerardis, it was just announced at WarnerMedia Day by Casey Bloys, president, HBO Programming.

“The ‘Game of Thrones’ universe is so rich with stories,” says Casey Bloys, president, HBO programming. “We look forward to exploring the origins of House Targaryen and the earlier days of Westeros along with Miguel, Ryan and George.”

HOUSE OF THE DRAGON marks Sapochnik’s first project as part of an HBO overall deal where he will develop and produce content for both HBO and HBO Max.

Miguel Sapochnik won an Emmy® for Outstanding Directing for a Drama Series as well as the DGA Award for the “Game of Thrones” episode, “Battle of The Bastards.” He was nominated for another Emmy® in 2019 for directing the “Game of Thrones” episode, “The Long Night” and won the Emmy® for Best Drama Series as an Executive Producer for the final season. In total, Sapochnik has directed six episodes of “Game of Thrones,” including “Hardhome” and “Winds of Winter,” in addition to the episodes previously noted. He also directed the film, “Bios” for Amblin Studios starring Tom Hanks which debuts in the fall of 2020. Previously, Sapochnik directed episodes of “True Detective” for HBO and “Banshee” for CINEMAX.

Ryan Condal was the co-creator and showrunner of “Colony” for three seasons. He was the writer of MGM’s “Hercules” and is currently adapting the graphic novel Analog as a feature for Lionsgate.

What do you think? Did you enjoy Game of Thrones? Will you check out the House of the Dragon prequel series on HBO?