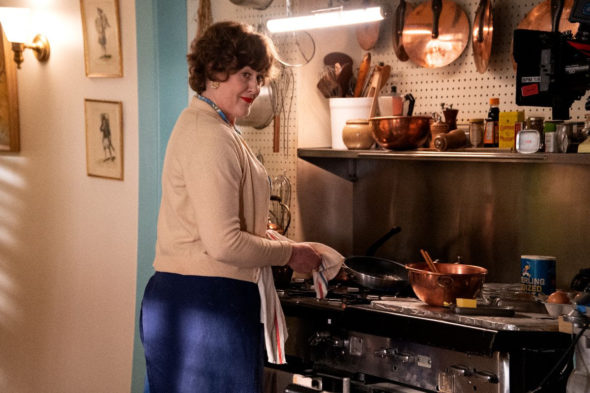 Julia has a premiere date on HBO Max. Starring Sarah Lancashire and David Hyde Pierce, the eight-episode series is based on the life of the author and TV cooking show host Julia Child. The series also stars Bebe Neuwirth, Brittany Bradford, Fran Kranz, and Fiona Glascott.

HBO Max revealed the following about the upcoming comedy:

“JULIA is inspired by Julia Child’s extraordinary life and her long-running television series, The French Chef, which pioneered the modern cooking show. Through Julia’s life and her singular joie de vivre, the series explores a pivotal time in American history – the emergence of public television as a new social institution, feminism and the women’s movement, the nature of celebrity and America’s cultural evolution. At its heart, the series is a portrait of a loving marriage with a shifting power dynamic.”

What do you think? Are you planning to check out Julia on HBO Max?