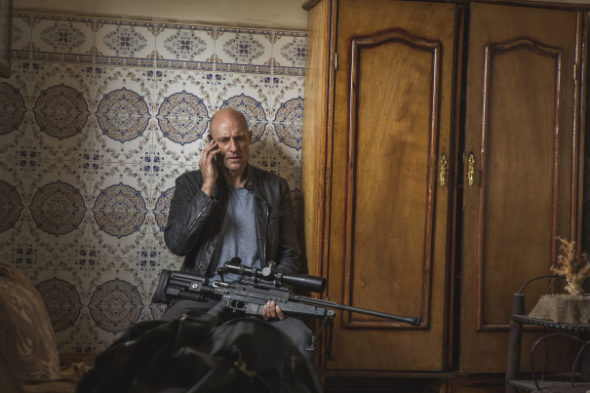 From Matthew Parkhill, the spy thriller stars Mark Strong as Max Easton, “an ex-spy whose past comes back to haunt him when he’s summoned away from his new life in the Pyrenees by George White (Alistair Petrie), head of covert MI6/CIA team ‘The Section.'” The cast also includes Joe Dempsie.

What do you think? Are you a fan of spy thrillers? Will you watch Deep State?

It appears that Season 2 starts on April 28th. Good news.

I will watch season 2, having enjoyed the first season. I just hope it does not go the way of Homeland and blur good and evil to be policially correct

Look forward to season 2 of Deep State. Shocking and concerning. Frightening that this type of “behavior ” could actually exist.

I will give it a go