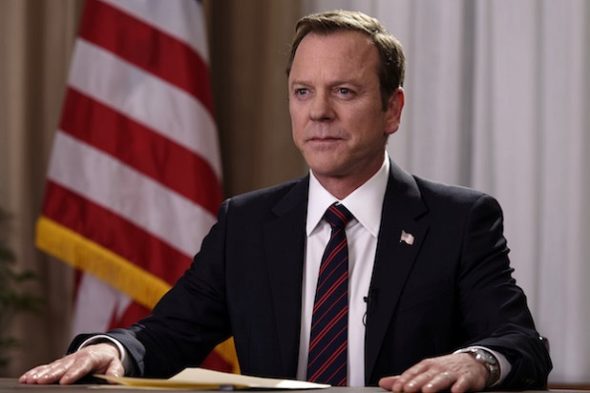 Devastated to hear Designated Survivor won’t be renewed for a forth season. Another of the few shows worth watching goes away.

I didn’t like the changes in season 3. Couldn’t figure out why the whole feeling of the show had changed until I read about it being taken over by Netflix. I do wish there would be a season 4 though.

Shame on you NETFLIX. It was a great show.
We loved it.
Not a fan of Netflix anymore.

I am really extremely disappointed in your decision to end designated survivor. There were so many awesome twists and turns to that show it was extremely entertaining. I guess I can cancel my Netflix subscription now.

I would love to have a season 4 and 5

As much as I loved the show, the ending was just like today’s politicians, looking out for themselves. I will miss the show.

He’s no longer a designated survivor… He’s a politician.

I loved the show and especially Kal Penn and Kiefer Sutherland!

My husband and I loved watching Designated Survivor, especially on Netflix! Please do not cancel this show and find a way to bring it back for a fourth season!!

I love this show.Please donot cancel it

Terrible decision to end a great show , without any conclusion , typical netflix

Soooo Upset. I really loved this show on Netflix. There aren’t many other series on Netflix that I liked except for this one. We stopped watching Madam Secretary because it was too political (to match today’s Democratic scene). We loved Designated Survivor because it was a great thriller (for me) plus drama (for my husband). Netflix, you made a mistake. Bring it back!!! Please.

I enjoyed the show immensely and very sad to hear that there won’t be a season 4. I really wanted to see if Aaron ever found out that his girlfriend was pregnant, whether Emily and President Kirkman would become friends and allies again??? I had hoped that the story with Kal Penn’s character will further develop… And I had hoped that it wasn’t true that Hannah Wells (Maggie Q) had died….