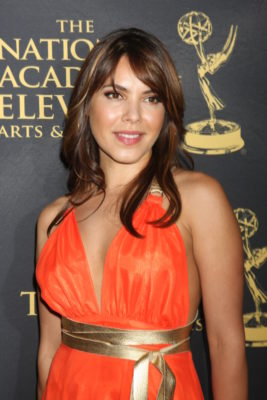 On Designated Survivor, Tovar will be playing “Isabel, the White House Director of Social Innovation.” Season three is slated to debut on Netflix in 2019.

What do you think? Are you a fan of Designated Survivor? Will you watch the new season on Netflix?

I would love to watch it. It is my favorite show. However, do no have Netflix. Could have acces but this means changing internet access and speed, which I cannot afford. Already paying over 120$ a month for my cable.

Anxiously awaiting season three. Please keep us posted when a start date has been scheduled.

Eagerly awaiting it’s return. And love that it’s on Netflix. I can binge the whole season & then lament having to wait so long for the next one!

I love this show! I will watch it on Netflix

Can’t wait please advertise when it gets closer

I love Designated Survivor! Can’t wait for it in 2019.. I really missed it this fall!!

Cannot wait for season 3! Will definitely watch for it in 2019!

For me, this was one of, if not, the best shows I’ve seen. The cast, writers and everyone involved are top notch. It is so difficult to try to figure out why it was cancelled. My heartfelt
hope is that it will be a great success for Netflix & stay around for many seasons to come.

No I don’t have Netflix even though I loved the show. There I see a lot of disappointed watchers

I will absolutely watch season 3 of Designated Survivor !!!! LOVE THIS SHOW !!!!!

I love this series. So, so glad Netflix picked it up.

Looking forward to seeing the next Season

I absoluely will watch season 3 of Designated Survivor.

One of the best shows on Netflix. Cant wait for Season 3