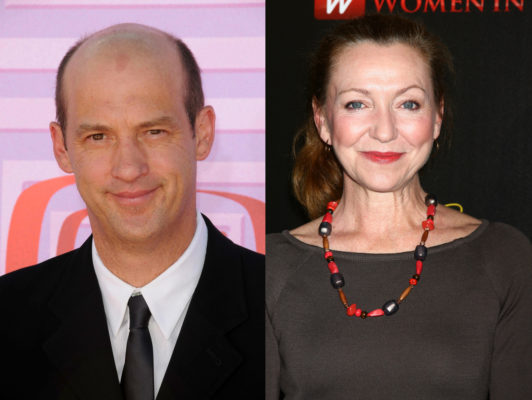 On Designated Survivor, Edwards will be playing “Mars Harper, the President’s Chief of Staff. Harper is likable and folksy in his manner, and uses that gentility to impose his will.”

Meanwhile, White has been cast as Lorraine Zimmer, the President’s bold, new campaign manager. Season three of Designated Survivor is slated to debut on Netflix in 2019.

What do you think? Are you a fan of Designated Survivor? Will you watch season three?

Love this show! Binge watch it over and over! Love Emily, Aaron, the President, Seth, great scripts, wonderful acting. Lorriane Zimmer is superb! Sorry to see Hannah Wells killed off. Maggie Q =great acting! Told friends about it, they are watching it too and love it. Put Aaron and Emily together next season! WAITING FOR SEASON 4! Don’t keep us waiting too long, please!

Absolutely! There are many more stories to fill at least 3 more seasons.

Absolutely cannot wait for season 3, hoping some unanswered questions will be resolved and the new season will be as thrilling as the first two !

Absolutely!!! One of the best shows to come along in a few years!!! Love Keifer Sutherland since 24 days. Will always be a fan – can hardly wait for season 3 to come next year!!!

My husband and I have watched this show from day one! We love it and was not happy when it had been cancelled. We were glad a smart network picked it up! It has great actors and storylines! Keep it coming and we’ll keep watching!

yes i will definitly be watching. this is one of my favorite shows

Yes I will watch. I loved it

Yes I do, so happy it’s been picked up. Love Anthony Edwards too.

Absolutely loved Designated Survivor . Am glad to look forward to watching but please don’t change the direction of the show

Absolutely I will watch.

Would like to watch it but will not pay to watch

I would watch it on Netflix myself!