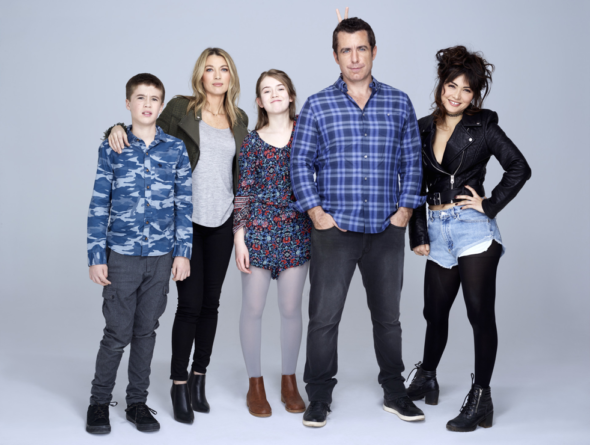 Buckle up and watch a new teaser for the third season of The Detour TV show. TBS has announced The Detour season three premieres on Tuesday, January 23, 2018 at 10:30pm ET/PT. The road trip comedy comes from creators Samantha Bee and Jason Jones.

A TBS sitcom, The Detour stars Jones, Natalie Zea, Ashley Gerasimovich, Liam Carroll, and Daniella Pineda. Jones will screen the season three premiere episode on Friday, November 10th at 5:00pm, at The New York Comedy Festival. After the preview, Indiewire’s Ben Travers will moderate a Q&A with the star during the TBS Comedy HUB.

TBS’ The Detour Returns for an All New Season on Tuesday, January 23rd at 10:30pm ET/PT

Created, written and executive-produced by Jason Jones and Samantha Bee, The Detour is an all-too-honest look at the family dynamic. Jones stars in the acclaimed comedy with Natalie Zea, Ashley Gerasimovich, Liam Carroll, Daniella Pineda and Laura Benanti. Season 3 finds the Parkers on the lam in Alaska. After months of running, the family finally finds a community of misfits and decides to settle down and start rebuilding their lives. But they’re not out of the woods, as the law isn’t far behind. While Nate and Robin learn to take on new roles in the family, Delilah starts to become a young woman. And Jareb…well he’s still Jareb. Well intentioned, bad parenting at its best in the Land of the Midnight Sun.

The third season of The Detour premieres on Tuesday, January 23rd at 10:30pm ET/PT.

As part of The New York Comedy Festival, Jason Jones will be hosting a special sneak preview screening of the first episode of Season 3 on Friday, November 10th from 5pm-6pm. Following the screening Ben Travers (Indiewire) will moderate a Q&A with Jason at the first-ever TBS Comedy HUB.

What do you think? Are you a fan of The Detour TV series? Do you plan to check out the third season on TBS? Let us know, below.