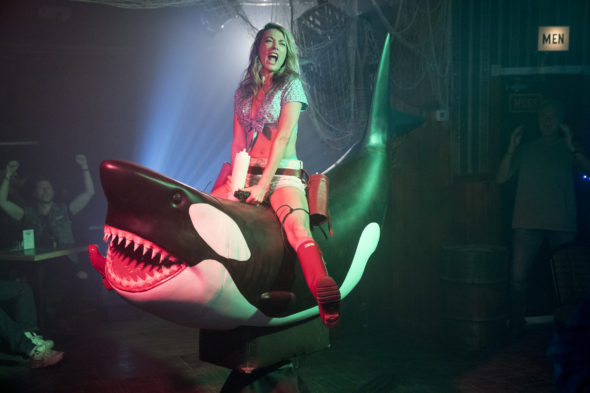 Do the Parkers manage to fit in during the third season of The Detour TV show on TBS? As we all know, the Nielsen ratings typically play a big role in determining whether a TV show like The Detour is cancelled or renewed for season four. Unfortunately, most of us do not live in Nielsen households. Because many viewers feel frustration when their viewing habits and opinions aren’t considered, we’d like to offer you the chance to rate all ofThe Detour season three episodes here.

A TBS sitcom, The Detour stars Jason Jones, Natalie Zea, Ashley Gerasimovich, Liam Carroll, and Daniella Pineda. In season three of the road trip comedy, after a year on the run, the Parkers wind up in Alaska, where they try to settle down in a community full of misfits. **Status update below.

What do you think? Which season three episodes of The Detour TV series do you rate as wonderful, terrible, or somewhere between? Did you expect TBS to cancel or renew The Detour for a fourth season? Don’t forget to vote, and share your thoughts, below.

The Detour is the funniest show maybe ever ! We love it, We look forward to it every week. Impatiently waiting for season four!!!!! We hope it gets renewed!!!!

This show is fantastic! It’s appointment viewing for me. Please renew this!!

please bring this show back for season 4. outs absolutely hilarious and my favorite show currently on television

Please don’t delete this show it gives me something to look forward to during the week. They can do the crazy stuff I can/won’t