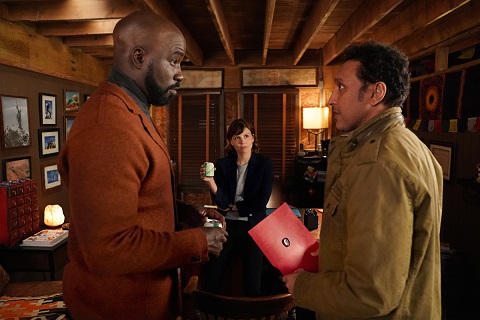 Evil is coming to CBS. The network just released a new teaser for their upcoming TV show.

EVIL is a psychological mystery that examines the origins of evil along the dividing line between science and religion. The series focuses on a skeptical female psychologist who joins a priest-in-training and a carpenter as they investigate the Church’s backlog of unexplained mysteries, including supposed miracles, demonic possessions and hauntings. Their job is to assess if there’s a logical explanation or if something truly supernatural is at work. Michelle King, Robert King and Liz Glotzer are executive producers for CBS Television Studios. Robert King directed the pilot.

What do you think? Are you a fan of supernatural thrillers? Will you check out Evil?

looking forward to it

Love anything supernatural. Will check it out

I can’t wait, I believe, so much happened to me in real life, both light and I dark. I loved the Good Wife, not do much the Good Fight.