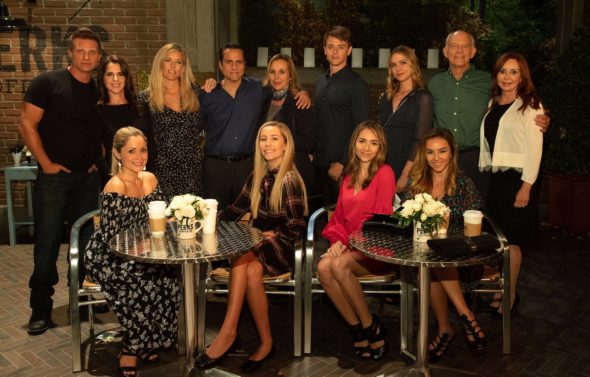 Leave GH on. You lost me when cancelled all my children. Then the chew. We have enough news talk shows. You are about to loose lots of viewers

Please keep GH!!! No more talk shows, it’s overwhelming there are so many all day!

No more talk shows. All these reality shows are a nuisance! Keep GH! It’s entertaining.

Love GH. Please renew for another season. I see that the current time slot in my area is going to have Kelly Clarkson. Do we really need another talk show? Come on ABC, please keep GH.

Please keep General Hospital on. I have been watching it since I was 4. I have many memories watching with my mom. I have been ill since I was 25, have 2 Autistic children, GH has got me through each day. This is why I came a nurse, it started in the hospital and it was 15 min long, being young, it left an impression. I have saved many lives due to GH and and know it’s saving mine.

I have been watching General Hospital for over 40 years is something my mom and I used to watch together and I have a real appreciation for the work that goes into a soap opera it’s five days a week 52 weeks a year it’s only been in recent years where they actually took a vacation day and re-ran an episode. It’s impressive and the acting is great I would be heartbroken if I didn’t have my GH to watch every day I feel bad for anybody who lost their soap opera. I pray that will never be me!

I have been watching GH since being introduced to it in 1974. Of course I had to take a few years off to work, but watched it every chance I got, sick days, vacations. I thought it was cool that it was on in the west coast at 9 am. got my GH fix and on with the day!! cant imagine life without GH and I hope I never have to. I agree there have been a few bad facelifts ,but I am so happy when they keep the original actor/actress and don”t just get rid of them because they… Read more »

I have watched GH since it debuted. I feel they are my family. I know that when I turn it on I will always see many recognized friends and some new faces to keep thing interesting. Please keep GH on the air for many Nurses balls to come. Maybe Sasha could be the new Lucy, she is a great addition to the show!

Love GH. Hope it stays on for a very long time.

Love GH. Hope it goes on for as long time!

Ok so I used to watch from 82-2009 . Was home sick a month ago and was shocked to see such horrible actors !! Bobbie and Scottie need to go !! Facelifts and bad acting are just 2 to name a few !! The girl in jail protecting her son from some stupid story cult is the worst actress I have ever seen .. who is she related to /or sleeping with ???? Still love the Spencer connection with Elizabeth/Laura and love seeing Mac and Robert Scorpio .. love Sam and Jason .. where is Spinelli? Love Carly . Sonny… Read more »

I love General Hospital, have been watching forever. I do not like the new Nina. Yes lets get Jason a new shirt. Shilo needs to go. HIPPA regulations violated and he wins?

I watched GH 1970- 1980s and stopped due to daily life. Began viewing 2016 and was very excited. it’s been to much of the same story lines forever and bored. I Was excited about the young kid who knows Sonny which broke into Lulu’s home because it was new, unexpected. Carly needs to stop crying about Joss, same conversation over and over. I do like her though Hate Nina actress gone. Drew needs a love or some excitement in his life weather its solving something …… Can Jason stop wearing the same Tshirt . Like him. Sam needs more of… Read more »