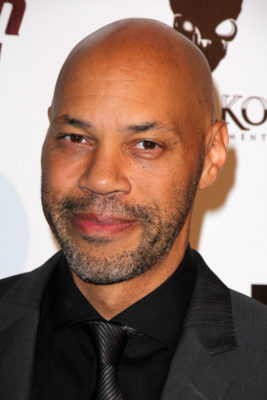 Godfather of Harlem has found their director. Recently, EPIX announced John Ridley will direct the premiere of the upcoming TV show.

From Chris Brancato and Paul Eckstein, the drama “tells the story of infamous crime boss Bumpy Johnson (Forest Whitaker), who in the early 1960s, returned from ten years in prison to find the neighborhood he used to rule in shambles and his power gone.”

Godfather of Harlem is slated to premiere on EPIX in 2019.

Produced by ABC Signature Studios, the 10-episode series tells the story of infamous crime boss Bumpy Johnson (Whitaker), who in the early 1960s, returned from ten years in prison to find the neighborhood he used to rule in shambles and his power gone. With the streets controlled by the Italian mob, Bumpy has to take on the Five Families to regain control. In order to do so, he enlists the help of radical preacher Malcolm X – catching Malcolm’s political rise in the crosshairs of social and political upheaval. Production will begin later this year with an eye towards a 2019 premiere on EPIX.

Said Michael Wright, President, EPIX, “John Ridley’s incredible body of work speaks for itself, and we’re beyond thrilled to be collaborating with such a brilliant talent to bring this first-rate story to life.”

“John is a great writer/director whose work covers many historical periods, but always with a thoroughly modern sensibility,” said Chris Brancato, executive producer/showrunner. “We’re privileged to have him join the team.”

John Ridley’s critically acclaimed documentary about the Los Angeles uprising, Let It Fall: Los Angeles 1982-1992, premiered in theaters and aired on ABC in 2017 and is currently available on Netflix. He is currently directing the sci-fi romance Needle in a Timestack with Leslie Odom Jr., Freida Pinto, Cynthia Erivo, and Orlando Bloom and is slated to direct an adaptation of his graphic novel series “The American Way” for Blumhouse. Ridley previously won an Oscar(R) for writing 12 Years A Slave, he wrote and directed the innovative Jimi Hendrix biopic All Is By My Side, and was the creator, director, and executive producer of ABC’s Emmy-winning series “American Crime.” His limited series “Guerilla,” with Idris Elba, Freida Pinto, and Babou Ceesay, aired last year on Showtime and Sky.

Ridley is represented by Brillstein Entertainment Partners and Rohner Walerstein.

Godfather Of Harlem is executive produced by Forest Whitaker and Nina Yang Bongiovi along with Paul Eckstein, James Acheson and Markuann Smith. Chris Brancato will serve as showrunner.”

What do you think? Are you a fan of crime dramas? Will you watch Godfather of Harlem?

Just watched the 1st episode and love it. I’m getting the epix channel for free right now and would like to no how long that will last.