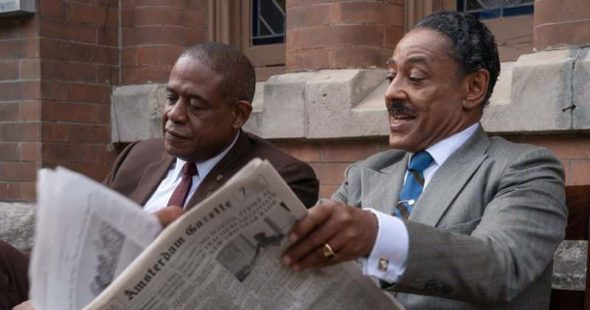 Get ready to head back to Harlem for more drama! Godfather of Harlem has been renewed for a second season. Forest Whitaker stars in this series that comes from Chris Brancato and Paul Eckstein.

EPIX revealed more about the series’ renewal in a press release. Check that out below.

Godfather of Harlem tells a story inspired by infamous crime boss Bumpy Johnson (Whitaker), who in the early 1960s returned from eleven years in prison to find the neighborhood he once ruled in shambles. With the streets controlled by the Italian mob, Bumpy must take on the Genovese crime family to regain control. During the brutal battle, he forms an alliance with radical preacher Malcolm X – catching Malcolm’s political rise in the crosshairs of social upheaval and a mob war that threatens to tear the city apart. Godfather of Harlem is a collision of the criminal underworld and the civil rights movement during one of the most tumultuous times in American history.

“Godfather of Harlem season one was a remarkable success, tripling previous viewership numbers for the network and earning acclaim from both critics and viewers alike,” said Michael Wright, President, EPIX. “We couldn’t wait to reunite with Chris, Paul, Forest and the team at ABC Signature to continue telling this compelling and extremely relevant story.”

A premiere date for Godfather of Harlem was not revealed.

I absolutely love this show and want more of it. I love how they put everything together. This is the first series that has captured my attention since the show scandal and Power. I actually prefer this show more than anything I have watched on television in over 7 years. Please keep the series going. My father is a Muslim and I know all about Malcolm X life and this portrays his characters excellently. Forest Whittaker is an amazing actor and he plays Bumpy amazingly. Love everything about this show and work more. I make my work schedule around the… Read more »

Yes! I love the series! Can’t wait for it to come back on! Bumpy Johnson’s oldest daughter who play in the show! I think she is so beautiful!
A beautiful actress period! I just love everything about her!

Ok. Where is the Get Shorty renewal?? Come on EPIX!! Make a decision!