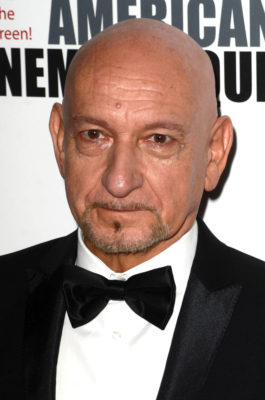 Sir Ben Kingsley is headed to EPIX. Recently, the network announced the Oscar winner has joined their new TV show, Our Lady, LTD.

The noir drama “follows James, a young grifter, as he attempts to prey upon Pastor Byron Brown (Kingsley), who turns out to be far more dangerous than he suspects.”

EPIX has ordered 10 episodes of Our Lady, LTD, which is slated to debut in 2019.

NEW YORK – August 28, 2018 – EPIX® has greenlit Our Lady, LTD, a 10-episode modern noir drama from MGM Television starring Academy Award® winner Sir Ben Kingsley.  The series follows James, a young grifter, as he attempts to prey upon Pastor Byron Brown (Kingsley), who turns out to be far more dangerous than he suspects.

The series is expected to commence principal photography in Santa Fe, New Mexico this fall with an eye towards a 2019 premiere on EPIX.

Our Lady, LTD joins a growing lineup of original programming on EPIX, which includes season two of Get Shorty (currently airing Sundays at 9pm) and The Contender (from MGM Television and executive producer Mark Burnett), which premiered August 24.  For 2019, the network recently announced the series orders of dramas Godfather of Harlem (from executive producers Chris Brancato and Paul Eckstein, and Oscar® winner Forest Whitaker who will also star) and Pennyworth, an origin story about Batman’s best friend and butler, Alfred Pennyworth from Warner Horizon Television and DC Comics.”

What do you think? Are you a fan of Ben Kingsley? Will you check out Our Lady, LTD?