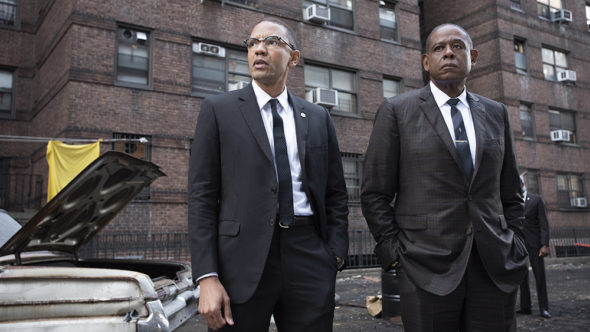 By Whatever Means Necessary: The Times of Godfather of Harlem is coming soon to EPIX. The cable network has ordered the four-part documentary which is inspired by the music and subjects in the Godfather of Harlem scripted series. The Forest Whitaker drama has been renewed for a second season.

EPIX revealed more about the documentary series in a press release.

“Premium television network EPIX® announced today the greenlight of By Whatever Means Necessary: The Times of Godfather of Harlem, a docuseries inspired by the music and subjects featured in its original series Godfather of Harlem. This four-part documentary series brings alive the dramatic true story of Harlem and its music during the 1960’s, and connects that history to our present moment.

Combining interviews, archival footage, evocative imagery and key moments from the Godfather of Harlem series itself, this series will take audiences on a musical journey that brings to life the excitement of 1960’s Harlem, and introduces the artists who dared to use their voices, instruments and lyrics to take a stand against oppression. Through the prism of contemporary artists, audiences will see beyond the black and white historical images into the multicolored souls of musicians unafraid to use music as a weapon against change.

Premiering in Fall 2020, By Whatever Means Necessary: The Times of Godfather of Harlem is executive produced by Nina Yang Bongiovi and Forest Whitaker from Significant Productions, along with Kasseem “Swizz Beatz” Dean and Keith McQuirter (Decoder Media).

Season one of the critically-acclaimed drama Godfather of Harlem, produced by ABC Signature Studios, is currently available for streaming. Season two will commence production in the near future.”

What do you think? Will you check out this documentary when it airs? Did you watch the first season of Godfather of Harlem on EPIX?