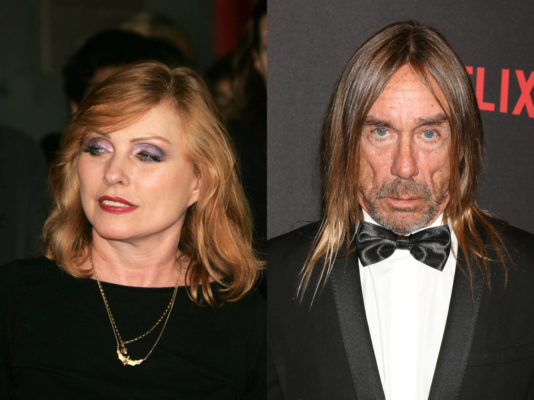 The docuseries “explores the music, the fashion, the art and the DIY attitude of a subculture of self-described misfits and outcasts.” Featured artists include Debbie Harry, Iggy Pop, Johnny Rotten, Chris Stein, Marky Ramone, Duff McKagan, Flea, and Dave Grohl.

New York, NY – December 10, 2018 – Premium network EPIX has greenlit Punk, a four-part docuseries from executive producer John Varvatos. Varvatos brings his passion and deep connection to the roots of the PUNK movement to the series, partnering with filmmaker Derik Murray’s Network Entertainment to produce the quintessential story of punk. The series is currently in production, and will premiere on EPIX on March 11, 2019 at 10 PM.

Featuring original interviews with America’s punk pioneers and the U.K.’s most notorious bands, alongside a seamless blend of rare and unseen photos, gritty archival film and video, a crackling soundtrack of punk hits and misses, Punk explores the music, the fashion, the art and the DIY attitude of a subculture of self-described misfits and outcasts.

Said Varvatos, “Exploring and reliving the history of punk has been an absolute labor of love for me. Punk’s ability to transcend generations in its culture, music, and style is a story that needs to be told. So… Hey Ho Let’s Go!!”

“EPIX is thrilled to partner with John Varvatos, Iggy Pop, Derik Murray and the entire team on Punk,” said Michael Wright, President, EPIX. “Their rare insights, passion and unmatched talent have made this project an unforgettable journey, and we can’t wait to see this story unfold in the way that only this team can tell it.”

Punk is produced by Derik Murray and directed by Jesse James Miller.”

What do you think? Are you a fan of punk? Will you watch the EPIX docuseries?