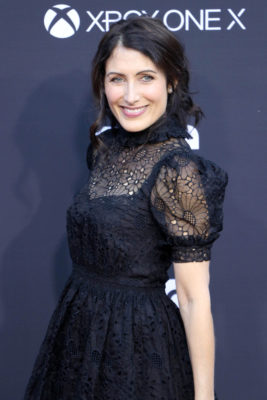 Lisa Edelstein is headed to ABC. Deadline reports the House star has joined season two of The Good Doctor.

On The Good Doctor, Edelstein will be playing “Dr. Blaize, an expert oncologist who has returned to the hospital after a brief suspension, at the request of Dr. Aaron Glassman (Richard Schiff), to help treat his cancer.”

Season two of The Good Doctor is slated to debut on ABC this fall.

What do you think? Are you a fan of The Good Doctor? Are you excited for the new season?

Love this show! Can not wait for the return! Finally a decent show on tv!

I enjoy this show. I feel it is important to portray an autistic adult in a new light as a brilliant doctor who is short on social skills which is very typical. very good show. Freddy Highmore does a great job.

Excited to see a good show return. As one from a medical background (RN ),
I enjoy great medical, realistic show. Have friends with Autistic children.
Even my husband will watch this with interest.

Love the show very well made

When is the show coming back on????? Don’t cancel another good show you TV networks always do that……

Please don’t cancel this show it is very good

Cannot wait for the next season to start. I just love Freddie Highmore he is an awesome actor. Love how he shows that autistic people are smart and do have feelings. Keep up the good work.

My family and I watch this show, and are elated it will return. We look forward to
The Good Doctor keeping us spell-bound for another season!

I love Lisa but no longer watch ABC. Miss some things. Hope in light of Peter Fonda tweet and so many others like it the network will rethink Roseanne decision. Double standard too much.

Your loss my dear. I guess you prefer racist comments,nasty and foul language, as an individual in Washington so sets the gold stabdard.

I totally agree with you.

This series is ACE…Soooo looking forward to Season 2

Best show ever, since House.

Good for Lisa, after Girlfriends guide to divorce was cancelled.

Great series – takes you into the mind of the autistic and the challenges they face, Love it!

I am happy that The Good Doctor will return!