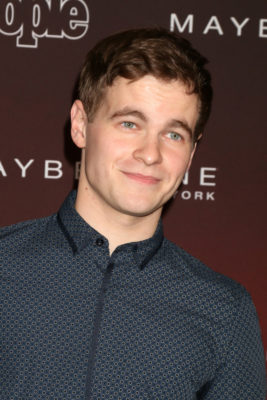 The Good Doctor has some new company. TVLine reports Graham Patrick Martin will guest on the ABC TV show’s season one finale.

On The Good Doctor, Martin will play “Blake, an intoxicated college student who attempts to drop his injured friend Caden off at the emergency room and skedaddle. He is stopped by the St. Bonaventure staff, but is unwilling to provide information that might save Caden’s life. It’s eventually discovered that the boys were involved in a fraternity hazing, during which Blake talked Caden into taking ecstasy.”

The episode, titled “More,” is slated to air on ABC in March.

The Good Doctor is an excellent show! Would very much like to see another season.

I would watch it 3 times a week, if I could. Love the show.

Yes … absolutely! I do hope there will be a 2nd season.

The Good Doctor is my favorite show and I’d love to see more years and episodes. I have to watch in demand rather than at the scheduled time, but I haven’t missed an episode

Awesome show, esp since my granddaughter is Autistic and non verbal, but so smart, and has no trouble communicating and she absolutely loves school..

Best show in a long time

love it would deffintly watch

I would be devastated if this show were canceled! It’s one of 3 that I watch religiously!
Love this show!!!

I would definitely watch 2nd season one of my favourite shows. Look forward lots of seasons to come.

I never liked shows but this one got me addicted!!