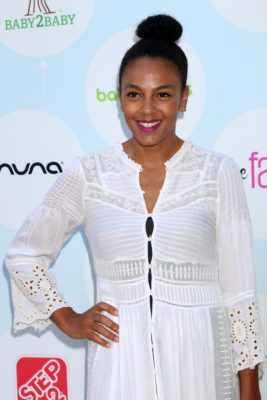 Marsha Thomason is headed to ABC. Deadline reports the White Collar star will guest on the network’s freshman TV show The Good Doctor.

On The Good Doctor, Thomason will be playing “Isabel Barnes, the wife of Marcus Barnes (Hill Harper), the head of surgery at San Jose St. Bonaventure Hospital.” ABC recently picked up the TV show for a full first season.

What do you think? Are you watching The Good Doctor? Would you watch a second season?

Yes I really enjoy the show and I hope it is renewed for several seasons. It’s smart, entertaining and engaging. It gives a perspective into an autistic persons life without being too smarmy. I have a cousin that has autism and also is a math savant. He is very similar to Shaun and I wish more people could get a better understanding of why he behaves in a way that seems peculiar to them. The more people that see this show the more minds will open up. Bravo to you.

I love the show. I have a son who is on the autism spectrum. This show makes me laugh and cry. He is a very special boy. I’d love to see this show renewed.

I really like the show. I’m not going to say it’s perfect but I like it. I love the premise and Im curious to see how the character progresses. I like the fact that now both of the residents are trying to include and get to know Dr. Murphy. I have not watched the newest episode yet but Im looking forward to it. Me my wife and my 12 year old daughter all watch it together.

I still like the show but I think the writing needs to improve. Also, only having three residents learning is a sign of a low budget. ABC needs to drop more coin on “The Good Doctor”.

Yes! I love the show.

Hubby & I are enjoying the show. I think it’s interesting (and funny sometimes) to see the reactions of people who interact with someone with no filter, but doesn’t always “get it.” One of our granddaughters has Aspergers & we see similarities in the personality & habits. Hope the show makes it past 1st season. Networks don’t seem to “get it” either when they cancel good shows.

Yes, It is my favorite new show and I don’t want that much television. I can tolerate (This is Us, sometimes) but love The Good Doctor.

A great show. I know two people with autism and they are amazing

It depends on whether the portrayal of a young man living with autism is a positive or negative one. In all-too-many scenarios, autism is viewed as a travesty or something to be mocked by the neurotypical majority.
This needs to change. Ableism is as much a discrimination as racism and sexism. In 2017, it’s high time people woke up and realised that.

The Good Doctor is FANTASTIC. It makes me cry because all the situations they show are so real; it is such an appealing show for all ages. Keep up the great story lines. All the actors are perfect..especially Dr. Shaun Murphy (Freddie Highmore), who does an outstanding acting job as one who has autism and savant syndrome. Very good!!

I have a granddaughter who is Autistic and non verbal, so I was excited to watch this show, and I have not been disappointed, I hope it gets picked up for next year, I love it…