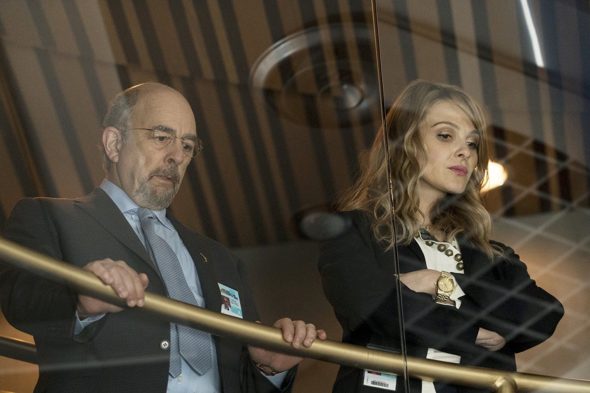 The Good Doctor is losing another team member. Deadline reports Beau Garrett will not be returning for season two of the ABC TV show.

It’s unclear why Garrett is leaving The Good Doctor. But she isn’t the first to exit the medical drama. Earlier, we reported series regular Chuku Modu will also not be returning for season two.

The new season of The Good Doctor premieres on ABC on September 24th at 10 p.m. ET/PT.

What do you think? Have you seen The Good Doctor? Will you watch season two?

Great show. Never miss an episode. I will continue to watch 2 and beyond!!!

I LOVE The Good Doctor!! It is by far my favorite television drama, new or old. I loved Freddy Highmore in Bates Motel with Vera Farmiga and that great cast. Now he is back and better than ever and directing and producing this incredible new show! Having been a teacher and principal for 40 years, I have worked with many special needs children including the autistic child and its various forms. This show is so well written and truly helps us understand this disability much more clearly and Freddy H. is absolutely one of the smartest, most talented, gifted actors… Read more »

We will definitely watch this show. Enjoyed the first season.

I like it, but now you are saying people are leaving ???? hmmm

The Good doctor series puts Asperger syndrome/Autistic people in a different and brighter light with compassion. Since I have a very mild form of it my self, I have had to learn about living with it on my own and learn to deal with it and over come some of the symptoms while being able to handle, work, family and especially personal relationships.

The Good Doctor is an excellent show. The acting and writing are top notch and the story line is compelling. I’m very excited for the new season, and although you’ve written there are a couple of cast changes, I really trust the production team to provide us with wonderful episodes. If you haven’t seen the show, I’d equate it to This Is Life, in it’s appeal. The show makes you feel a little more connected, and human.

When will this excellent series II be available on UK TV

John, you can watch it here. https://abc.go.com/shows/the-good-doctor

I won’t really miss either of the 2 departing characters as the show is strong enough to easily do without them.

My wife and I really enjoyed the first series and can’t wait for series two. We haven’t found another medical drama to replace House which we watched avidly from beginning to end. Hope this goes on for many years yet.

Very glad this show is coming back on!

We will absolutely watch The Good Doctor. We all love this show. Especially enjoy watching Richard Schiff. We look forward to every episode.

I definitely will be watching the Good Doctor. One of the very best shows on television. Thank you.