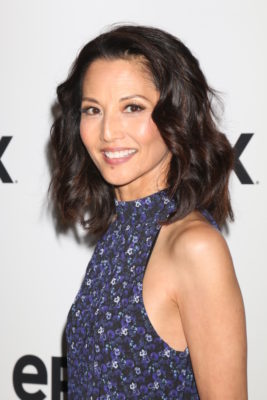 Get ready to see a lot more Tamlyn Tomita on ABC. Deadline reports the Berlin Station star has been promoted to series regular on the upcoming TV show The Good Doctor.

On The Good Doctor, Tomita plays “Allegra Aoki, the chairman and Vice President of the foundation that controls St. Bonaventure Hospital.” The series premieres on ABC tonight, September 25th, at 10 p.m. ET/PT.

What do you think? Do you like medical dramas? Will you watch The Good Doctor?

The show looks good, but sorry won’t tune in to just get hooked on a show that will be canceled.

The Good Doctor is one of the best shows on television. It would be a tradegy if it were cancelled. My friends and I NEVER miss it even if we DVR it. Hopefully, it will be around for many more seasons. Excellent cast, acting, and writing.

The Good Doctor is an amazingly creative show! It is refreshing to see autism placed in a positive light!

Yes, I love the new show “The Good Doctor!