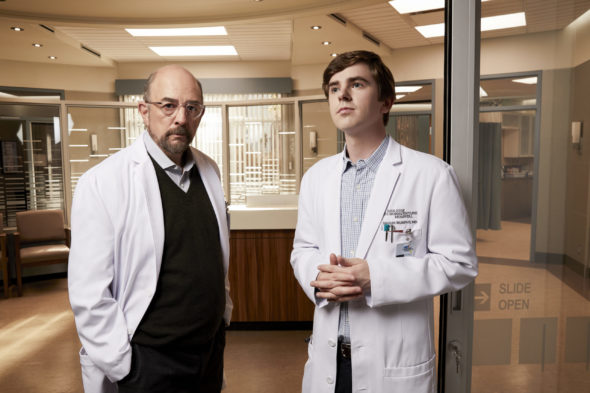 The Good Doctor is getting ready to start its fourth season on ABC, and some big things are coming for the premiere. Actress Carly Pope is set to guest star on the medical drama in the two-part season premiere. Freddie Highmore, Antonia Thomas, Hill Harper, Richard Schiff, Christina Chang, Fiona Gubelmann, Will Yun Lee, Paige Spara, and Jasika Nicole star in the series.

Variety revealed the following about Pope’s role in the season four premiere:

“Pope will portray Lily, a woman whose husband has become sick with symptoms that mirror those of coronavirus. The premiere, which focuses on the effects of COVID-19, will include Lily’s increasing frustration at not being able to stand by her husband’s side due to safety protocols in place.”

ABC shared the following details about the season four premiere of The Good Doctor:

“Dr. Murphy treats a patient who has an illness that is not only unpredictable in nature, but also unlike anything he or the team has seen before; Dr. Claire Brown continues to work through her grief, still reeling from Dr. Neil Melendez’s death.”

The Good Doctor returns on November 2nd. Check out the preview for the season premiere below.

What do you think? Are you excited for the return of The Good Doctor on ABC?

very excited to see the return of the good doctor

Yes, I am anxious to watch Good Doctor again!