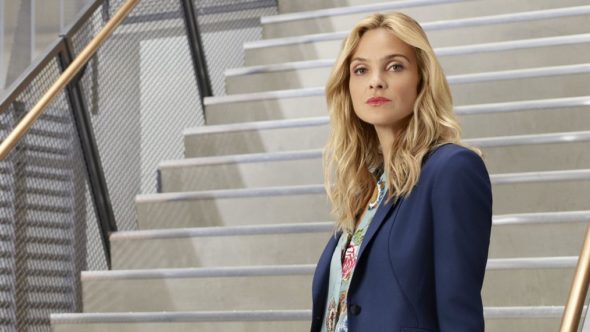 A familiar face is returning to The Good Doctor. TVLine reports Beau Garrett will appear in season four of the ABC TV show.

Beau Garrett is set to appear in The Good Doctor‘s two-part season four premiere on November 2nd at 10 p.m. ET/PT on ABC

Read the episode description below:

Dr. Shaun Murphy treats a patient with an illness that is not only unpredictable in nature, but also unlike anything he or the team at San Jose St. Bonaventure has ever seen before. As safety protocols and quarantines increase due to the global pandemic, Lea and Shaun’s new relationship will become tested; and Dr. Alex Park gets ready to move back to Phoenix, Arizona, to be closer to his family.

Meanwhile, Dr. Morgan Reznick navigates her way around the clinic following her departure from the surgery team and unknowingly puts herself and several members of the staff in danger. Finally, Dr. Claire Brown continues to work through her grief, still reeling from the sudden death of Dr. Neil Melendez.”

What do you think? Do you watch The Good Doctor? Are you glad to see Preston back?

Looks like I’m not the only one who didn’t like the season opener. Previously I really enjoyed this show.
Just read this: The show’s premiere was long-anticipated, but the fictional take on the pandemic didn’t sit well with some fans. People took to social media to express their distaste in the show’s decision to imitate the real-world tragedy the pandemic has caused.

Hoping to tune into the new season, and take my mind off of the virus issue….
Oh well, that didn’t work

Best show ever! I hope this show lasts many many more seasons!

The Good Doctor is well written and the actors are excellent! I never miss an episode.

Looking forward to it, one of the best.

Good Doctor best program on TV. Just love Freddie Highmore.. having an autistic grandchild makes it even more special to me. Wonderful show! love it!!!

The Good Doctor is a must watch for me I can’t wait.

I love The Good Doctor” One of the best shows on!

I love this show, but am really unhappy about them killing off Dr. Melendez. I was hoping to see more of him and Dr. Brown. I think I’ll watch a few episodes and hope I feel the same about it. That was a really bad, dumb move.

Love the drs. Especially Shaun can’t wait to see it