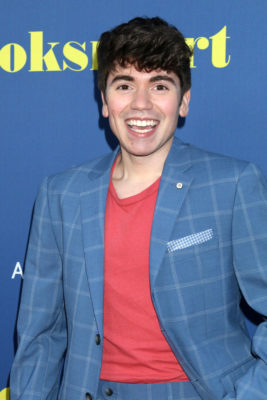 Some new faces are coming to The Good Doctor. Deadline reports Noah Galvin, Summer Brown, and more will guest star on season four of the ABC TV show.

In addition to Galvin and Brown, Bria Samoné Henderson, and Brian Marc will join season four of The Good Doctor as first-year residents. The new season is set to debut on ABC on November 2nd at 10 p.m. ET/PT.

On The Good Doctor, Galvin will play Dr. Asher Wolke. Formerly part of an orthodox Jewish sect, Asher made the choice to separate himself from his former beliefs before deciding to go to medical school.

Brown will play Dr. Olivia Jackson. She is a Harvard and Oxford graduate, who is oddly insecure for someone with her stellar academic credentials.

Henderson will portray Dr. Jordan Allen, a committed and faithful Baptist, who finds strength and comfort from daily prayer. She cares for her patients – but cares even more about building her career. Not just her medical career.

Marc will portray Dr. Enrique “Ricky” Guerin. Ricky is a surfer but definitely not a slacker when it comes to his medical career. He has embraced the philosophy that, “Experiences are more valuable than assets.”

YEAH!!! Been waiting so long for the return. My favorite program! Absolutely love this show. Hope it last 20 seasons at the very least. Yippee!!

Am so looking forward to the start of season 4 of The Good Doctor! I have watched this series since its inception; an interesting concept and great casting.

Love this show… & it’s one of only 2 shows worth watching on ABC… The Rookie is the other one. Come on ABC, put on shows that are worth our time & not the stuff you’ve been presenting to us.

I, at 87, am so pleased that this all-round brilliant series continues. I enjoyed watching previous ones SEVERAL times. I can hardly wait for the UK transmission

Hell Yes! I will watch the 4 seasons of Good Doctor because it is a real winner.