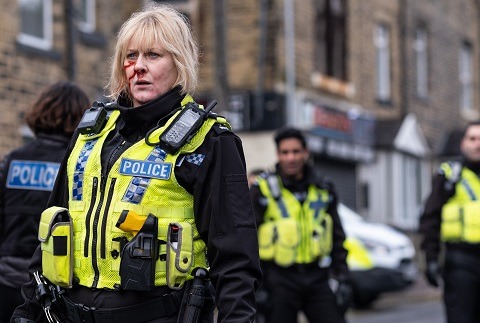 Happy Valley viewers are getting their first look at the third and final season of the British crime drama series. Starring Sarah Lancashire, James Norton, Siobhan Finneran, and Rhys Connah, the new season will be available on both Acorn TV and AMC+. Created and written by Sally Wainwright, the series follows Sergeant Catherine Cawood (Lancashire) as she works to solve crimes in Northern England.

AMC+ revealed more about the final season of the drama in a press release.

AMC+ today released first-look images from the eagerly-anticipated third and final season of the critically beloved drama, Happy Valley, which will premiere in the U.S. exclusively on AMC+ and Acorn TV. Seasons 1 and 2 are currently available to binge on AMC+.

In this final season of the multi-BAFTA award-winning BBC drama created by one of the UK’s most celebrated and critically acclaimed screenwriters, Sally Wainwright (Gentleman Jack), Sarah Lancashire (Julia) returns to her iconic role of Sergeant Catherine Cawood for six new episodes. Also returning are James Norton (The Nevers) as Catherine’s nemesis, the murderer and sex-offender Tommy Lee Royce; Siobhan Finneran (Downton Abbey) as Catherine’s sister, the recovering addict Clare Cartwright, and Rhys Connah as Catherine’s sixteen-year-old grandson Ryan, eight years after he first played the role as a young boy.

When Catherine discovers the remains of a gangland murder victim in a drained reservoir, it sparks a chain of events that unwittingly leads her straight back to Tommy Lee Royce. Her grandson Ryan is now 16 and still living with Catherine, but he has ideas of his own about what kind of relationship he wants to have with the man Catherine refuses to acknowledge as his father. Still battling the seemingly never-ending problem of drugs in the valley and those who supply them, Catherine is on the cusp of retirement.

Most recently airing on BBC One in 2016, Happy Valley is adored by viewers and critics alike, with season two attracting an average audience of 9.3 million. The first two seasons each won the BAFTA Television awards for both Drama Series and Writing: Drama for Sally Wainwright, with Sarah Lancashire winning the BAFTA Television award for Leading Actress for season two.

Check out more photos from Happy Valley season three below. A premiere date for season three has yet to be announced. 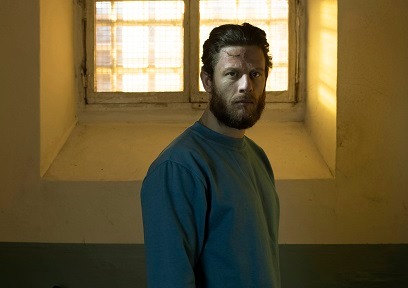 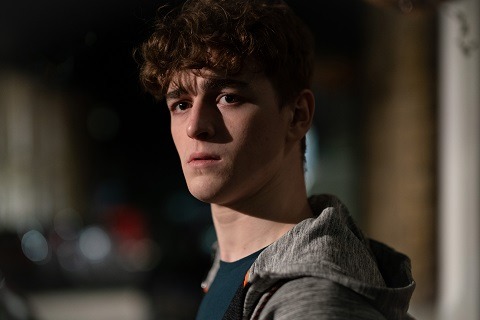 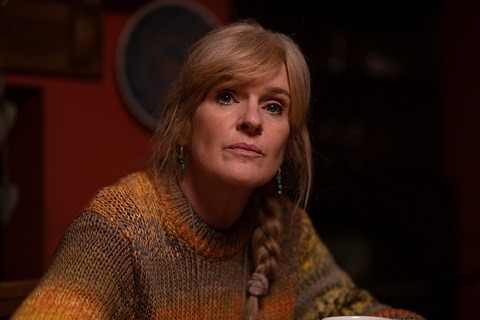 What do you think? Do you watch this crime drama series? Will you be sad to see Happy Valley end?

Please let Catherine retire in peace…don’t kill her off like Cassie was in ‘Unforgotten’. Hoping TLRoyce screws up his relationship with Ryan on his own, and lives (or dies) with that knowledge. Looking forward to the new series in any event!

Ah, c’mon- we need a premiere date! This is a great show & fans have waited a long time!

About damn time, only been 6 years.