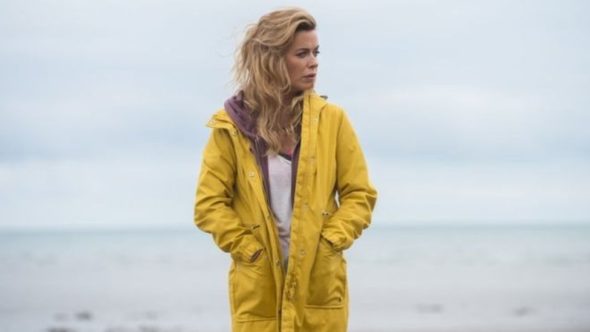 Keeping Faith is ending its run on the Acorn TV streaming service. The third and final season of the drama will premiere in April, and the series finale will air on May 10th. Eve Myles, Hannah Daniel, Matthew Gravelle, Bradley Freegard, Mark Lewis, Jones Aneirin, and Hughes Mali Harries star. The series follows Faith Howells (Myles) as she works as a lawyer in a small family-run law firm after her husband has disappeared.

Acorn TV revealed more about the final season of Keeping Faith in a press release.

“The highly-watched, award-winning Acorn TV Original UK domestic thriller Keeping Faith comes to a close in this dramatic, final season available exclusively in the U.S. on AMC Networks’ acclaimed streaming service, Acorn TV, on Monday, April 12, with two episodes. Following that, new episodes will debut weekly on Mondays through May 10.

Season three finds small town lawyer Faith Howells (Eve Myles, Broadchurch, Torchwood, Victoria) attempting to navigate the disillusion of her marriage, while taking on an emotionally wrenching legal medical case involving a gravely ill young boy. Into this mix, Faith is confronted by a terrible and long-buried figure from her past: her mother, Rose Fairchild (Celia Imrie, Better Things, The Best Exotic Marigold Hotel), whose reappearance uncovers secrets in Faith’s background and will force audiences to ask the question: “Who is Faith Howells?.” Faith’s ordeal across the series transforms her from a stay-at-home, fun-loving and carefree mother to detective, action hero and lover. She takes risks and gambles to keep her family out of danger and finds a new inner strength.

Two weeks away from their divorce and a hearing that will determine their children’s future custody, Faith and her husband, Evan (Bradley Freegard, Under Milk Wood) are at loggerheads. Refusing to let go, Evan is insanely jealous of Faith’s burgeoning love affair with Steve Baldini (Mark Lewis Jones, Gangs of London, The Crown) and fearful that they intend to start a new life together. Meanwhile, Faith and Cerys (Hannah Daniel, Hinterland) have established a new law firm and take on the case of 14-year-old Osian Taylor, who is suffering from an aggressive brain tumor that his doctors have declared too advanced to operate on.

While dealing with the trauma her imminent divorce is inflicting on her daughters, 14-year-old Alys (Demi Letherby) and 11-year-old Megan (Lacey Jones) as well as all the pressures of work, Faith faces an even bigger and far more terrifying problem when her long estranged mother, Rose reappears, intent on wreaking maximum revenge for an event which remains a dark, buried secret between them. Navigating increasingly impossible dilemmas and for once not able to give all those she loves what they need, Faith heads towards a final and devastating confrontation with Rose which will transform her life forever.

Season three will premiere exclusively in the U.S. a few weeks after its UK launch on BBC One. The English and Welsh language versions of the new season were filmed concurrently – the Welsh version premiered on November 1, 2020 on S4C.

What do you think? Are you a fan of the Keeping Faith TV show on Acorn TV? Do you plan to watch the final season next month?

I am obsessed with Faith! I cannot believe there will not be a season 4. The ending left room for so much more for another season. Best acting I have see in a long long time, and I’m from the USA!

I agree! My husband and I have watched this nonstop and so wish there was another season. Great show!!

I am very upset that Keeping Faith is canceled after series 3. Please bring it back.

I’ve been watching this series nonstop for two days and wonder where the last episodes of season three are? A great show.

Love this series I wish it would continue. I also really like the music!!

I know. I’ve said several times how much I love the music. I’ve asked “Alexa” to play music from the show. It’s great

Brilliant series. Wonderful direction. The filming of close-ups is amazing and must have taken ages to plot and film. I just want the series to go on for a very long time. Bravo the Director team.

This has been my favorite series on Acorn since I started watching about 3 years ago.
I wish it would continue. Story is good and all the actors are great.

I love this series and actors fantastic
Australia

LOVE her! I could relate to her struggles although mine are not so dramatic! The acting is amazing and I love all the scenery and wardrobes used. Music is perfect!

When will season 3 air in Canada?

Love Faith Howells. Looking forward to series 3 and the finale.

Keeping Faith is one of my all time favorite series. Well written and acted but what is the most riveting is the actress that plays Faith. She has to be one of the greatest actors of our time and that’s saying a lot. She is so nuanced and breath taking in her subtlety , rage and humor. One of the greats. Such a privilege to watch her act.
Thank you for enriching my life.