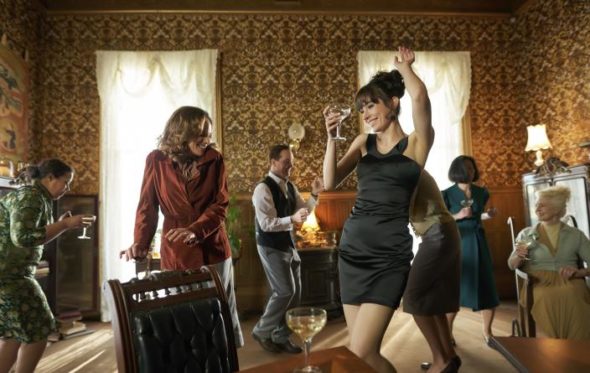 A spinoff of Miss Fisher’s Murder Mysteries, the drama stars Geraldine Hakewill as Peregrine Fisher, a young woman who sets out to become a private detective like her aunt, Phryne Fisher. The cast also includes Joel Jackson.

When the famous aunt she never knew, Phryne Fisher, goes missing over the highlands of New Guinea, the gorgeously reckless Peregrine Fisher (Geraldine Hakewill,Wanted) inherits a windfall. Peregrine sets out to become a world-class private detective in her own right, aided by the handsome, straitlaced Detective James Steed (Joel Jackson) and with the unerring guidance of The Adventuresses’ Club, a group of exceptional women of which her celebrated aunt was a member. A natural rule breaker, Peregrine is fearless, fun, and charmingly down-to-earth, as well as having a keen instinct for solving crimes. With newfound wealth and The Adventuresses to hone her rough edges and become the family she’s never had, Peregrine is unstoppable.”

What do you think? Are you a fan of Miss Fisher’s Murder Mysteries? Will you watch the spinoff series?

This show has to have more seasons! Great show! Super fun characters and I really like the time period! I am now a huge fan!

Fun show. Hope there is a season 2. I will watch it.

I love this spinoff. I will look forward to another season!

Absolutely Love this spinoff and am praying they do many more seasons!!