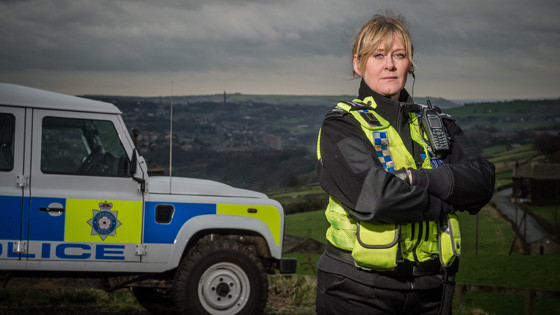 Production on the six new episodes, written by Sally Wainwright, will start early next year, and Sarah Lancashire is returning as Sergeant Catherine Cawood. James Norton and Siobhan Finneran are also returning for season three.

BBC One revealed more about the return of the series in a press release.

“Sally Wainwright’s multi-BAFTA award winning, smash hit BBC drama Happy Valley will film its third and final series in 2022, it was announced today. Sarah Lancashire will return to her iconic role of Sergeant Catherine Cawood for six new episodes, long discussed by Sally Wainwright and Sarah Lancashire as the final chapter of the Happy Valley story.

Most recently airing on BBC One in 2016, Happy Valley is adored by viewers and critics alike, with series two attracting an average audience of 9.3 million. The first two series each won the BAFTA Television awards for both Drama Series and Writing: Drama for Sally Wainwright, with Sarah Lancashire winning the BAFTA Television award for Leading Actress for series two.

Happy Valley series three will be made by Lookout Point (Gentleman Jack, War & Peace) for BBC One and BBC iPlayer, in co-production with AMC Networks, which will be the exclusive home for series three in the U.S. and Canada. BBC Studios is distributing the series internationally.

When Catherine discovers the remains of a gangland murder victim in a drained reservoir it sparks a chain of events that unwittingly leads her straight back to Tommy Lee Royce. Her grandson Ryan is now sixteen and still living with Catherine, but he has ideas of his own about what kind of relationship he wants to have with the man Catherine refuses to acknowledge as his father. Still battling the seemingly never-ending problem of drugs in the valley and those who supply them, Catherine is on the cusp of retirement.

Happy Valley creator and writer Sally Wainwright says: “I’m delighted to find myself back in the world of Catherine Cawood and her family and colleagues for the final instalment of the Happy Valley trilogy. It’s been wonderful to see the lasting impact this series has had on audiences all over the world. I’m thrilled that Sarah, James and Siobhan are back on board for what I hope will be the best season yet, and thrilled once again to be working with the wonderful team at Lookout Point, the BBC and our new colleagues at AMC.”

James Norton says: “To take on Tommy one final time is a wonderful and daunting privilege, and something I’ve been looking forward to since we wrapped the last series, 6 years ago. I’m so excited to be working with the insanely talented Sally and Sarah again. Thinking we should all go on one last barge holiday, for old times’ sake.”

Siobhan Finneran says: “I’m so thrilled to be returning to Happy Valley as Clare, and delighted to now be able to answer the question: “Please tell me there’s going to be another Happy Valley???” with a resounding “Yes there is.””

Piers Wenger, Director of BBC Drama, says: “When Happy Valley first launched on the BBC in 2014, it changed the landscape of crime drama completely. Sally has crafted a magnificent conclusion that is sure to make this third and final series one of television’s most highly anticipated and unmissable moments. Huge thanks go to Sally, Sarah and the Lookout Point team, plus James and Siobhan, for coming together for this special moment, and we’re delighted to welcome AMC on board this final series.”

Kristin Jones, EVP International Programming for AMC Networks says: “We’re thrilled for AMC+ to be the exclusive U.S. home of this highly-rated and enthusiastically reviewed hit series. Sally Wainwright’s riveting police series is the perfect addition to AMC+’s ever-widening library of acclaimed and international dramas and we’re looking forward to catching up with the upcoming adventures of Catherine and the other residents of this intriguing town.”

Happy Valley series three (6×60’) was commissioned by Piers Wenger, Director of BBC Drama, and is a Lookout Point production for the BBC, co-produced with AMC. Happy Valley is written and created by Sally Wainwright. Series three will be directed by Patrick Harkins and Fergus O’Brien, with Chris Clough as series producer, and Jessica Taylor as producer. Executive producers are Sally Wainwright and Sarah Lancashire, with Faith Penhale and Will Johnston for Lookout Point, and Ben Irving for the BBC. BBC Studios, who wholly own Lookout Point, is distributing series three in addition to series one and two.

Filming will take place in and around West Yorkshire in 2022. Happy Valley series three will premiere on BBC One and BBC iPlayer, and the first two series of Happy Valley are available to watch in full on BBC iPlayer now. In the U.S. and Canada, AMC Networks will be the exclusive home for series three which will be available on the AMC+ premium streaming bundle where series one and two are also now available to binge.”

A premiere date for Happy Valley season three will be announced at a later time.

What do you think? Are you excited about the return of Happy Valley? Will you watch it on AMC+ next year?

The wife and I enjoyed the previous seasons. Disappointed its going to be on AMC + though, hopefully it will run on AMC as well.

Great news to be hearing about this amazing series again.