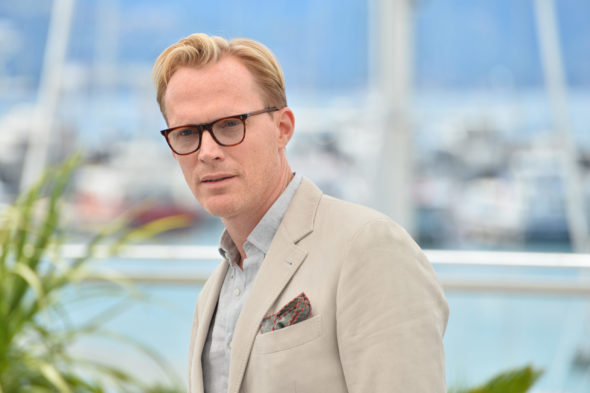 A Very English Scandal is returning to the small screen after a long break. Amazon will air the second season, now titled A Very British Scandal, which will star Claire Foy and Paul Bettany as the Duke and Duchess of Argyll.

The series, now an anthology, will focus on another crisis that had an impact on the British establishment. This season will focus on a sex scandal that took place in 1963 involving the Duke and Duchess’ divorce, “one of the most notorious, extraordinary and brutal legal cases of the 20th Century.”

“Emmy and Golden Globe award-winner Claire Foy (The Crown, Wolf Hall) and BAFTA-nominated Paul Bettany (WandaVision, Uncle Frank, Avengers: Infinity War) will lead the cast of BBC One and Amazon Studios’ A Very British Scandal, from the makers of the multi-award winning and critically-acclaimed A Very English Scandal, Blueprint Pictures. The three, 60-minute episodes will premiere on BBC One and BBC iPlayer in the UK, and will be available on Amazon Prime Video in the US, Canada, Australia, and New Zealand.

Written by Sarah Phelps (The Pale Horse, Dublin Murders), A Very British Scandal focuses on the divorce of the Duke (Paul Bettany) and Duchess of Argyll (Claire Foy), one of the most notorious, extraordinary and brutal legal cases of the 20th Century.

Famed for her charisma, beauty and style, Margaret, Duchess of Argyll, dominated the front pages as a divorcee featuring accusations of forgery, theft, violence, drug-taking, secret recording, bribery, and an explicit polaroid picture all played out in the white-hot glare of the 1960s media.

A Very British Scandal turns this scandal inside out in order to explore the social and political climate of post-war Britain, looking at attitudes toward women, and asking whether institutional misogyny was widespread at the time. As her contemporaries, the press, and the judiciary sought to vilify her, Margaret kept her head held high with bravery and resilience, refusing to go quietly as she was betrayed by her friends and publicly shamed by a society that revelled in her fall from grace.

Sarah Phelps said: “Writing the story of Margaret’s life and the events leading up to and including her divorce from the Duke has been a passion project of mine since 1993 when I first heard her name and started learning about her. I felt very strongly that she’d been punished for being a woman, for being visible, for refusing to back down, be a good girl and go quietly. This drama is my tribute to her.”

Claire Foy said: “I’m so excited to work with Anne, Sarah and Paul on this extraordinary project, and to explore through this story, how often shame, judgement and controversy surrounds a woman’s sexuality.”

Paul Bettany said: “I’m delighted to be working with the remarkable Claire Foy to tell the fascinating and scandalous story of the Duke and Duchess of Argyll and their very complicated lives. I’m also extremely happy to get the chance to once again be working with the wonderful teams at the BBC and Amazon Studios.”

Pete Czernin, co-founder of Blueprint Pictures said: “We’re thrilled to be able to bring together the uniquely brilliant voices of Sarah Phelps and Anne Sewitsky with the class of Claire Foy and Paul Bettany. Uniting their outstanding talents, A Very British Scandal will shine a new light on the scandalous divorce of Margaret Argyll for a 21st century audience.”

Piers Wenger, Director of BBC Drama, said: “Argyll v Argyll was one of the defining scandals of the 1960s. In the face of vilification in the press, Margaret fought valiantly but often in vain to control the narrative around her. With the help of our incredible writer Sarah Phelps, director Anne Sewitsky, the perfect casting of Claire Foy and Paul Bettany and the team at Blueprint, we are delighted to be able to shine a new light on these events and reframe the life of this infamous character.”

Brad Beale, Vice President, Worldwide Licensing for Prime Video, said: “A Very English Scandal was a tremendous success among Prime Video customers and critics alike, and we’re incredibly excited to work with the BBC and Blueprint again. We can’t wait to see Claire and Paul bring the fascinating Duchess of Argyll Scandal to life.”

What do you think? Are you going to check out season two of the A Very British Scandal anthology series on Amazon?

Looking forward to it!!!