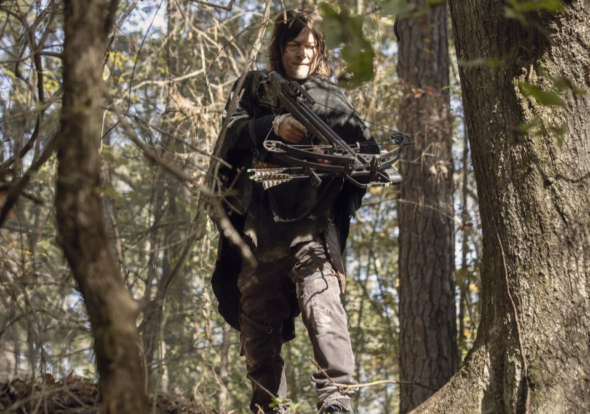 The Walking Dead is getting ready for its 11th and final season. Viewers will learn more about what caused the zombie apocalypse that viewers have seen on the series during the last ten seasons. A series of origin specials for several of the main characters will air on AMC+.

AMC revealed more about the Origins series of specials in a press release.

As part of AMC’s “11 Weeks of Reveals until Season 11” of The Walking Dead, which returns Sunday, August 22 at 9pm ET/8pm CT, AMC announced today The Walking Dead: Origins, a series of specials exploring the journeys of the series’ most celebrated characters, premiering Thursdays, beginning July 15, exclusively on AMC+.

Spotlighting Daryl Dixon (Norman Reedus), Carol Peletier (Melissa McBride), Maggie Rhee (Lauren Cohan) and Negan (Jeffrey Dean Morgan), each episode of The Walking Dead: Origins charts the story of the zombie apocalypse from the point of view of a single character and features new interviews and narrations from the actors that portray these iconic characters, interwoven with clips from the most pivotal moments of their journeys so far. Each episode will also feature an exclusive sneak peek of season 11. Accompanying each special will be a ‘Best Of’ collection, featuring fan-favorite episodes for each character.

The Walking Dead: Origins lineup is as follows:

Please bring the walking dead spin off twd on air . Your late . Please keep it on forever.

Not really happy that you have to go to paying additional for streaming AMC+ and not available on AMC.

I have enjoyed Walking Dead and all of its incarnations since the first episode. That said however, I feel like they are just squeezing the life out of it (no pun intended). I’m glad it’s the final season, it’s time to end it and let it rest for a while.