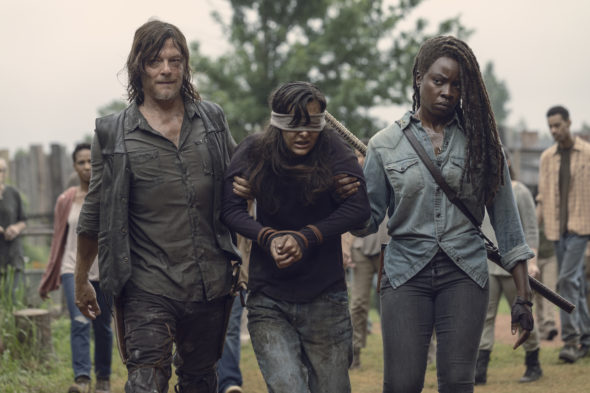 Season 10 of The Walking Dead premieres on AMC on October 6th.

Check out the poster and read more info below: 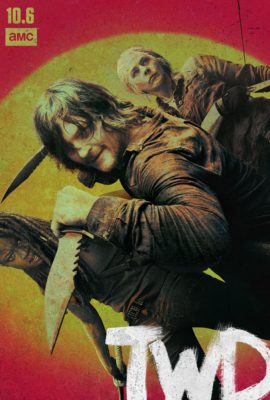 The Walking Dead is a story that started 10 years ago with one man trying to find his family. That family grew and gradually communities took shape. They fought and survived, thrived and gave birth to a new generation. It is a tale of humankind and there are more stories to tell. It is now Spring, a few months after the end of Season 9, when our group of survivors dared to cross into Whisperer territory during the harsh winter. The collected communities are still dealing with the after effects of Alpha’s horrific display of power, reluctantly respecting the new borderlines being imposed on them, all while organizing themselves into a militia-style fighting force, preparing for a battle that may be unavoidable.

But the Whisperers are a threat unlike any they have ever faced. Backed by a massive horde of the dead it is seemingly a fight they cannot win. The question of what to do and the fear it breeds will infect the communities and give rise to paranoia, propaganda, secret agendas, and infighting that will test them as individuals and as a society. The very idea of whether civilization can survive in a world filled with the dead hangs in the balance.”

What do you think? Do you watch The Walking Dead? Who’s your favorite character?

Yes I watch the Walking Dead. Watching it right now on DVD. Can’t wait for season 10!!

I love Jeffery Dean Morgan. He’s a very talented actor. He’s just more suited for good guy roles. I can’t stand him as Negan. I wish he was playing a different character. My husband and I lost interest in The Walking Dead when Carl died. Neither of us watched season 9, but Season 10 does sound like it’s going to be great! We’ll see!

Daryl has been my favorite for 10 years

I’ve been a fan from the beginning. But like everything, it should come to an end, that’s how I feel about it. I don’t really have a favorite character. I think they all have done a great job until now. My oldest son got me interested in it. The only thing we both shared and could talk about. Now he moved away, so I guess I didn”t enjoy it as much anymore. It was great entertainment, but they also made you think and try to figure out the symbolism and messages. Enjoyed the behind the scenes in Talking dead after… Read more »

i use to like this show my favorite character/rick grimes/actor andrew lincoln but this show hasn’t been much the same since he left (i already he was going to leave way before he accounted i’ve knowing way back around season 3 because i had that feeling that he would)but its all good and its understandable i still love him and still watched even when he did left and i also hear that the 3 walking dead movies hes going to be in, will be the last time he plays rick grimes but the old saying gos all good things must… Read more »