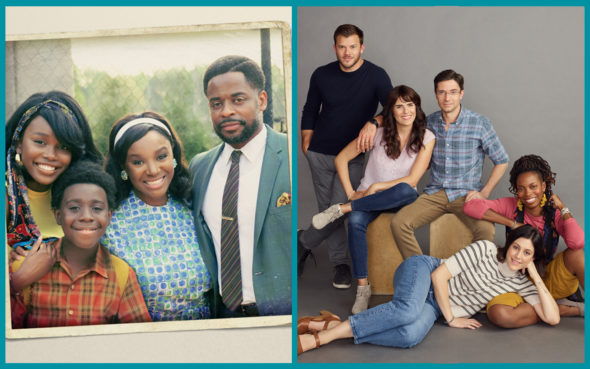 There’s good news for the casts and crews of The Wonder Years and Home Economics. ABC has ordered nine additional episodes of each show, bringing their respective season orders to 22 installments each. Both family comedies air on Wednesday nights.

The Wonder Years TV show was inspired by the original 1988 series. This incarnation stars Don Cheadle, Elisha “EJ” Williams, Dule Hill, Saycon Sengbloh, Laura Kariuki, Julian Lerner, Amari O’Neil, and Milan Ray. Set in the late 1960s, the series takes a nostalgic look at the Williams family — Black middle-class residents of Montgomery, Alabama — through the point of view of imaginative 12-year-old son Dean (Williams). Dean narrates the story as an adult (Cheadle). His hopeful and humorous recollections of his past spotlight the ups and downs of growing up in that time and place, as well as the friendship, laughter, and lessons Dean encountered along the way.

The first season of The Wonder Years averages a 0.51 rating in the 18-49 demographic and 2.63 million viewers in the live+same day ratings (including DVR playback through 3:00 AM).

The Home Economics TV show stars Topher Grace, Caitlin McGee, Jimmy Tatro, Karla Souza, Sasheer Zamata, Shiloh Bearman, Jordyn Curet, Chloe Jo Rountree, and JeCobi Swain. The show takes a look at the heartwarming yet super-uncomfortable and sometimes frustrating relationship between three adult siblings of the Hayworth family. Connor (Tatro) is the youngest and most successful sibling in the family. He runs his own private equity firm and his marriage has fallen apart. He has a daughter named Gretchen (Bearman). Tom (Grace) is the middle sibling and is a middle-class author who is struggling. He is married to Marina (Souza), a former attorney, and they have three kids. Sarah (McGee) is the eldest sibling and an out-of-work child therapist who’s barely making ends meet. She is married to Denise (Zamata), a teacher, and they have two kids and live in a cramped Bay Area loft.

The second season of Home Economics averages a 0.36 rating in the 18-49 demographic and 2.00 million viewers in the live+same day ratings (includes all DVR playback through 3:00 AM). Compared to season one, that’s down by 22% in the demo and down by 22% in viewership.

#TheWonderYears has been picked up for a FULL SEASON! Congratulations to the amazing cast and crew! 🥳🎉❤️ pic.twitter.com/RU32azlv1b

What do you think? Do you enjoy these Wednesday night comedies? Are you glad to hear they’ll have more episodes this season?

I will not watch a re make of a show from my childhood.