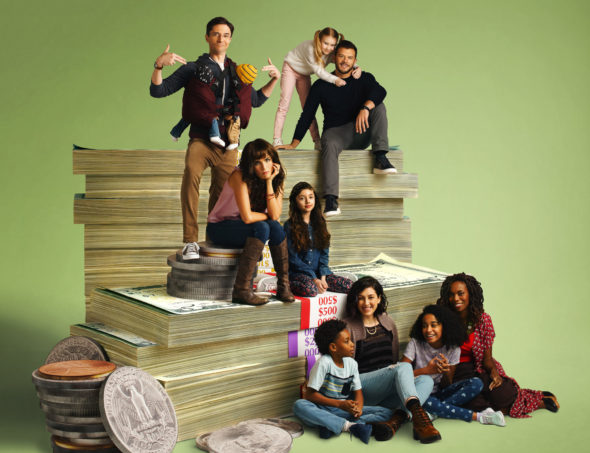 TV show description:
Created by Michael Colton and John Aboud, this show is inspired by Colton’s life. The Home Economics family comedy series takes a look at the heartwarming yet super-uncomfortable and sometimes frustrating relationship among three adult siblings of the Hayworth family: one is in the 1 percent, one is middle-class, and one is barely holding on.

Connor (Tatro) is the youngest and most successful sibling of the family. He runs his own private equity firm and his marriage is falling apart. He has a daughter named Gretchen (Bearman).

Tom (Grace) is the middle sibling and is a middle-class author who is struggling. He is married to Marina (Souza), a former attorney, and they have three kids.

Sarah (McGee) is the eldest sibling and an out-of-work child therapist who’s barely making ends meet. She is married to Denise (Zamata), a teacher, and they have two kids and live in a cramped Bay Area loft.

What do you think? Do you like the Home Economics TV show? Do you think it should be cancelled or renewed for another season?

Luv the show, life deals out so much drama and problems, its great to watch it on tv….I can so relate to so much that goes on, keep it coming.

Sorry, this show is so ass, seems like a concoction of Modern Family and Whole Foods. I think the show is bland, and after watching the pilot the only actor that stood out was Tatro.

Love this show. The family dynamics are hilarious and so true to life I truly hope Home Economics is renewed. 7 episodes is the season?

Home Economics is laugh out loud funny! Finally, something worth watching on TV again. Once Big Bang Theory left, there has been nothing of quality. So tired of all the stupid reality shows and celebrity game shows. We need more quality scripted shows that actually entertain and make you want more! I really hope ABC gives Home Economics a chance to get its audience!

It looked like it was going to be one of those lame shows that might last 2 episodes but I thought it was pretty funny! I want to see more episodes!!