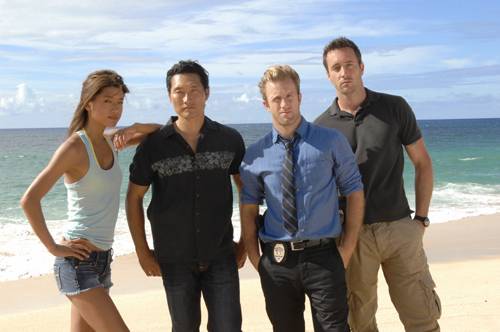 I thought Hawaii Five-O was already renewed for another season! Where have I been the last few months?! Anyway, I have loved it from the very first episode and hope that we find out some good news soon about its renewal. I do not honestly think it is in any danger of being canceled at this point because the ratings were simply fantastic since the beginning of this season and especially the 100th episode that so many of us were just thrilled with seeing.

+Karen:That was back after season 5 had low ratings and the show was renewed for season 6.

I love this show …. Please don’t cancel it

Please don’t get rid of this show cause this show rocks keep em coming Hawaii Five-O!!!

This show is getting another season because of syndication. No brainer. Only way CBS can get profit out of this crappy show. Because they are no getting it now from advertisers, only S4 and dumped on Friday. CBS will keep it on Friday until they get enough episodes even with crappy numbers.
I do wonder about TNT. This dud is doing terrible on syndication for them. Other cheaper shows as Castle and Supernatural are working better for TNT. What a rip off.

Please don’t cancel this show. This is my favorite show on TV and I can’t wait for Monday nights to see what happens next. The actors are great, the show is action packed and there is never a dull moment. Please think about us Five-O fans and do not cancel.

It should not have seen the light of day. Pull the plug please. Its excruciating.

I enjoy this show very much. The characters are well cast, show some humour and the show is well written. It should be renewed.

[…] season, Hawaii Five-0 made a habit of beating Castle in the ratings. This season, it also airs opposite NBC’s […]

I agree with you Jim! I have never been asked if i like it! Where’s there site where they do the ratings! This is crazy! ! Time to get a petition going! Just saying

i have to say i was shocked that the show was good most remakes not as good as the hipe is. i just cant wait until next week show just to see what happens

Kelly you are so right about 5-0. I was a big fan of the original with Jack Lord and I wasn’t going to give this one a chance. boy am I glad I did. it’s my favorite show on t.v.