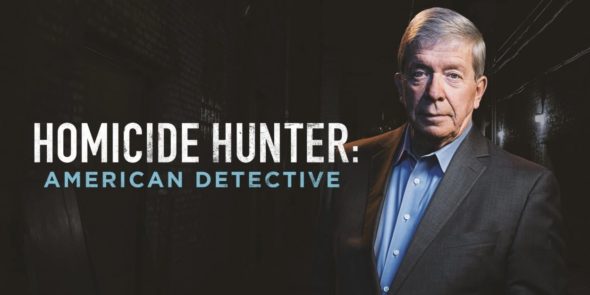 Homicide Hunter: American Detective is returning to Investigation Discovery tonight. After a season airing as a Discovery+ exclusive, the series returns to its home on the cable channel. Episodes will continue to be available on the streaming service.

Featuring Lt. Joe Kenda, the series follows the detective as he travels the country, showing viewers homicide cases and the detectives who worked to solve them. Six episodes are set to air.

Investigation Discovery revealed more about the series’ return in a press release.

In HOMICIDE HUNTER: AMERICAN DETECTIVE, Lt. Joe Kenda trades in his own case files to bring viewers astounding investigations from across the country, with each episode profiling a different homicide detective whose tireless efforts helped bring justice for the victim. Presented by the riveting raconteur whose gruff voice and witty commentary keep us hanging on every word, Joe Kenda guides us through the complex twists and turns of each case and the dogged detective work it took to solve the seemingly unsolvable. Six all-new episodes of HOMICIDE HUNTER: AMERICAN DETECTIVE premiere on ID beginning Wednesday, January 25 at 10/9c, and are available to stream on Discovery+.

Joe Kenda knows that it takes a rare breed to be an AMERICAN DETECTIVE, and he uses his new series to showcase other detectives whose tireless efforts solved a tragic puzzle and helped put a killer behind bars. In the premiere episode, “Prodigal Son,” hardworking father of five lies dead on his kitchen floor with a bullet to the back of the head. To get to the bottom of the mystery, Det. James Colley must untangle a web of twisted relationships and bizarre fantasies.

Additional episode premieres on ID include:

A home health care aide’s body floats in a rural Connecticut creek, and detective Garritt Kelly joins the investigation to bring justice to a community gripped by fear. But Kelly will need to employ burgeoning forensic technology to secure a conviction.

The former mayor of Potowan Point, Ohio, turns up dead in his hunting cabin. Detective Ryan Allar and his team begin the search to figure out if this is political retaliation or something more personal. What they find hits a little too close to home.

The body of a promising young radio host turns up on the side of the road in south Houston. When Detective Brian Harris arrives to determine who wanted the second-generation immigrant dead, he uncovers a tragic tale of love and deceit.

The murder of a young entrepreneur in the entranceway of his family home, sends shockwaves through his affluent seaside community. To catch the killer, Detective Dale Mason must navigate a tangled conspiracy and outwit a band of career criminals.

Gunshots ring out in broad daylight, killing a young mother of four just steps from her workplace in Carson, California. Veteran detective Louie Aguilera works hard to find the assailant, but the investigation leads him across international borders.”

What do you think? Are you excited to see new episodes of Homicide Hunter: American Detective on ID?

@Really is correct. This is actually a rebroadcast of American Detective with Lt. Joe Kenda, Season 2 from Jan-Feb 2022.