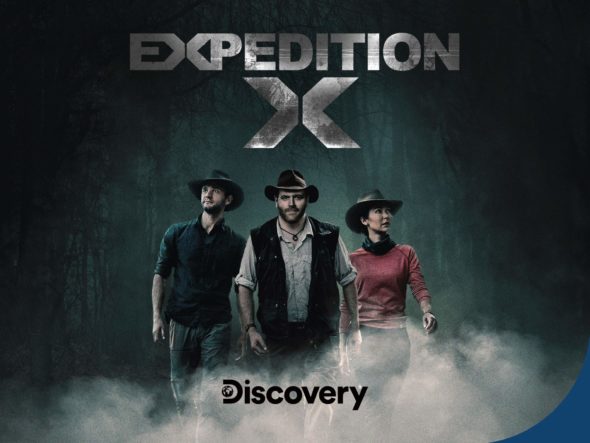 Get ready for Josh Gates to take over a night of television on Discovery Channel. Expedition Unknown, Josh Gates Tonight, and Expedition X are all returning to the cable channel later this month, on May 25th.

Discovery Channel revealed more about the return of these shows in a press release.

“The middle of the week just got a lot more exciting as Josh Gates is back with an entire evening devoted to exploring the unknown, uncovering the world’s greatest mysteries, and sharing a laugh and a cocktail with some of the most interesting celebrities, experts, and fellow explorers out there. Discovery’s ‘Adventure Wednesday’ lineup returns with all-new episodes, beginning with a globe-trotting, high-octane season of EXPEDITION UNKNOWN at 8PM ET, spine-tingling new EXPEDITION X missions at 9PM ET, and topping off the evening with a nightcap is JOSH GATES TONIGHT at 10PM ET on Discovery Channel. Episodes of EXPEDITION UNKNOWN and EXPEDITION X will also be available to stream on discovery+.

To kick off ‘Adventure Wednesday,’ ardent adventurer Josh Gates takes his explorations to new heights (and into hidden, underground tunnels) in the daring new season of EXPEDITION UNKNOWN. In the premiere episode, the first of an unforgettable two-part exploration, viewers will follow Josh and his crew as they rush to Poland to be the first people since World War 2 to enter a recently discovered hidden Nazi tunnel inside an extinct volcano. Josh and his team make historic finds as they seek stolen art and uncover other dark secrets sealed away since the end of the war.

Throughout the season, audiences follow Josh on other thrilling adventures including an exhilarating dig in Saqqara, Egypt that unearths a mummy and its buried secrets; a trans-Atlantic search for “Lindbergh’s Lost Rival” and his legendary plane that vanished while attempting to make aviation history. In addition, viewers will witness Josh cracking The Rock as he retraces the greatest prison break of all time and proves there’s more to the 1962 escape from Alcatraz than the FBI maintains. Other highlights include following in the footsteps of the Knights Templar across Poland and the U.K. to unearth the truth behind the secret society’s vast riches and treasures including the coveted Holy Grail; braving the frigid conditions of the Donner Pass to unlock the real story of America’s grisliest pioneer mystery, and much more.

The night of adventure continues with EXPEDITION X, as Josh’s team of investigators – scientist Phil Torres and paranormal researcher Jessica Chobot – explore the stranger side of the unknown. The all-new season kicks off in the world’s notorious Ring of Fire, where Phil and Jess investigate videos and eyewitness reports of mysterious objects flying around Mexico’s tallest active volcano. Then, Jess and Phil test a bold scientific theory at the site of America’s deadliest avalanche and train wreck, where witnesses report bizarre apparitions, and rumors swirl of a shocking cover up. This season, Phil and Jess journey from icy whitewater rapids in Alaska to the impenetrable jungles of Peru to uncover the truth behind the world’s most unusual mysteries, on EXPEDITION X.

Then, Josh returns to Expedition HQ for his one-of-a-kind Discovery talk show, JOSH GATES TONIGHT featuring an eclectic group of celebrity guests, original cocktails, and trademark excursions into the field. Upcoming guests in the new season include Evangeline Lilly, LeVar Burton and more. In addition, Josh will also give exclusive insight into his Expedition Unknown and Expedition X adventures.”

Check out the trailers for Expedition Unknown and Expedition X below.

What do you think? Are you excited to see Gates take over Discovery Channel on Wednesday nights this summer?