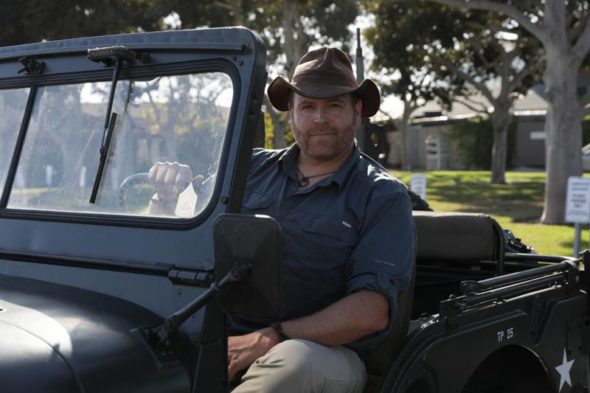 Expedition Unknown is returning for more adventures. Discovery Channel has renewed the series for a 10th season, which will premiere later this month. Josh Gates is returning for the new season with more mysteries and journeys into the unknown. The season will also be available for streaming on Discovery+.

“How does a plane carrying three Navy airmen crash into the Pacific without a trace? Why has the stolen loot of America’s most notorious bank robber never been recovered? Where did the legend of El Dorado come from and could the City of Gold be hidden in the Colombian jungle? Uncovering some the world’s greatest mysteries involving history’s most iconic legends, Josh Gates is back and ready to explore the unknown. An ardent adventurer, Gates has tackled history’s most captivating puzzles from vanished cities and buried treasure to ground-breaking archaeological discoveries. In an all-new season of EXPEDITION UNKNOWN premiering Wednesday, July 21st at 8PM ET/PT and streaming on discovery+, viewers will follow Josh on thrilling adventures including the hunt for a massive fortune at the bottom of the Atlantic Ocean, new discoveries about infamous skyjacker DB Cooper, the truth behind the legend of El Dorado, and more.

In the fascinating season premiere, Gates will bring the Dillinger legend out of the past and into the present, adding a gripping new chapter to the story of America’s greatest bank robber. Dillinger became a legend after a string of bold bank robberies and daring prison escapes. Josh travels to Dillinger’s family farm to investigate new leads that millions in stolen loot may soon be found. Using a newfound map that may have belonged to Dillinger himself as well as cutting-edge technology, Josh’s in-depth investigation may rewrite the story of “Public Enemy Number One.”

Throughout the season, Gates takes viewers along for the ride as he tackles enduring mysteries including an historic search for a WW2 torpedo bomber off the coast of Southern California, investigating the only unsolved skyjacking in American history, and bushwhacking through the dangerous Colombian jungle in search of both truth and treasure surrounding the legend of El Dorado.”

What do you think? Are you a fan of Expedition Unknown on Discovery Channel? Do you plan to watch season 10 later this month?

whats happened to Expedition Unknown? Is season 10 the end?