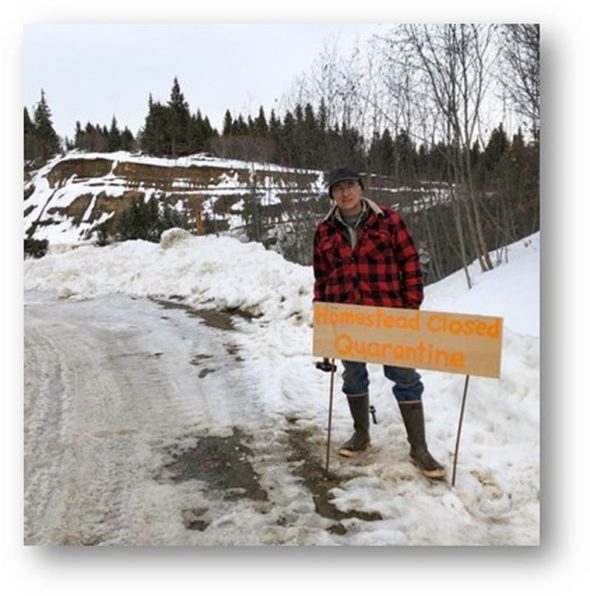 Alaska The Last Frontier is returning soon to Discovery Channel. The tenth season of the docu-series is set to premiere in October. This season will show how the Kilcher family deals with the pandemic on the homestead.

Discovery Channel revealed more about the new season of Alaska The Last Frontier in a press release.

“This season, the Kilcher family will have to dig deep to overcome a number of challenges. With a potentially explosive summer wildfire season on the horizon and a global pandemic reaching Alaska, the Homer natives must work together to ensure that they can continue to survive and thrive on the homestead that Yule Kilcher established 80 years ago. The brand-new season of ALASKA THE LAST FRONTIER premieres Sunday, October 25 at 8PM ET/PT on Discovery Channel.

Life is always unpredictable on the homestead, but this season when the Covid-19 pandemic hits Alaska, the Kilchers must adapt and rely on each other like never before. When film crews must be evacuated, the Kilchers step up to the challenge and decide to continue to self-film their lives and the day-to-day mayhem of the homestead, and we see the family in a whole new way.

This season, with hunting off the homestead put on hold during the pandemic, Jane works to help fill the family’s freezer with fish and becomes the main provider of meat this summer. And after seeing so many locals hit hard economically, Eve plants a massive summer garden that is large enough to supply both the homestead and Homer’s food bank with fresh fruits and vegetables. Meanwhile, August takes the opportunity to follow in his grandfather Yule’s footsteps as a filmmaker and document this unprecedented time on camera.

And the Kilchers work to overcome other difficulties as well. As Atz Sr. plans to rebuild the first cabin his family ever lived in on the homestead, he suffers from several health scares that threaten to sideline this important project. Atz Lee devotes the summer to building a new off-grid cabin in the backcountry, but is plagued by crippling episodes of PTSD from his life-threatening fall several years ago. Helping Atz Lee with both the build and his PTSD is his 19-year-old son, Etienne, who became a man in his father’s eyes this summer. Otto, Charlotte and their 23-year-old son August must contend with two complicated cattle drives during the pandemic, as well as an emergency on Kilcher road after a rainstorm threatens to wash out the only passage to the homestead. And Eivin, with his wife Eve and two young children at home, severely cuts his leg and must be rushed to an emergency doctor for help. This year, for the first time ever, the outside world comes crashing into the homestead, and the Kilchers rally to protect their way of life for the future.

What do you think? Are you a fan of this docu-series? Will you watch season 10 of Alaska The Last Frontier on Discovery Channel?

Love this program about this homesteading family and what they go through and accomplish. Can’t wait for Season 10. Said it was to debut in October, this is Jan, 2021 and haven’t seen it yet.

We have watched this program from the very beginning. My family love it! In fact it’s the one show we watch weekly. We start looking for it come September, than half to look online when each new season starts! Someone told me they canceled this show, I almost had heart failure!! Please I hope the Kilcher family continue to do this show, and Discovery please continue to air it. There are so many of my friends and family that tell me they watch this show too. It’s enjoyable to watch a close family! Instead of all the junk on tv… Read more »

My wife and I have enjoyed this series since it started. We like the family concept as a way of living in rural Alaska. The photography is beautifully thats done by the crew. Sure beats out the other weird stuff on TV. Keep the series going Alaska is our last frontier.