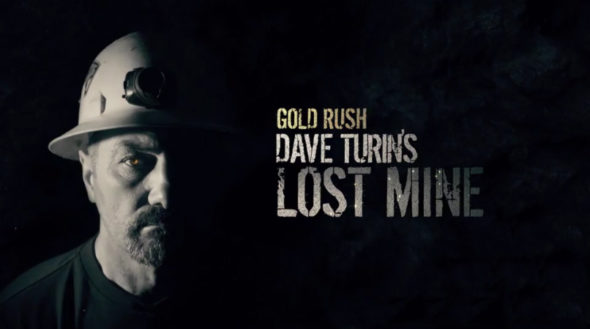 Gold Rush: Dave Turin’s Lost Mine has been renewed for a third season and a premiere date has been set for later this month. In this season, Team Turin will head to Colorado after plans to mine in Alaska have fallen through, due to the pandemic

Discovery Channel revealed more about the return of Gold Rush: Dave Turin’s Lost Mine in a press release.

“Miner Dave Turin returns for an epic and emotional journey in an all-new season of GOLD RUSH: DAVE TURIN’S LOST MINE premiering Friday, March 19 on Discovery+ and Discovery Channel. After pandemic travel restrictions make Dave’s plans of mining in Alaska impossible, Team Turin finally sets up their operation in Colorado. Armed with an all-new state-of-the-art wash plant, they begin work on a lost mine with massive gold potential. With gold prices reaching all-time highs, Dave’s dream of achieving financial security and total freedom seems just in reach until tragedy strikes the gold claim.

With the Rocky Mountain summer heat on their backs, Team Turin’s detective work leads them to legendary ‘main channel’ gold the Colorado oldtimers missed. They quickly face local resistance and the toughest ground they’ve ever mined, so the crew must dig deeper than ever before. Then, by looking to the lessons from local history, they soon begin to strike big hauls of gold. But the success turns bittersweet when gold room operator Jesse Goins suddenly passes away. Devastated at the loss of their mining brother, the team take time out to mourn. But Team Turin won’t be denied, and they return to work, on a mission to dedicate the season to Jesse and his share of the gold to his family. And after Dave makes a game-changing pivot, the crew pushes on towards a record-breaking season.

This season of GOLD RUSH: DAVE TURIN’S LOST MINE, Dave and his team will summon ingenuity, willpower, and creativity to tackle the challenge of mining in an unfamiliar location. In a time of uncertainty, Dave and team will have to risk it all to come away with a life-changing haul.”

What do you think? Are you a fan of this Gold Rush spin-off? Do you plan to watch the new season on Discovery+ or Discovery Channel?

Ya Lance what a dick move on Dave. Have them come all the way out survey and once you heard the numbers you took their opportunity. Your not a good guy. Kharma is a butch like you!!

Would not miss it!

Of course will watch