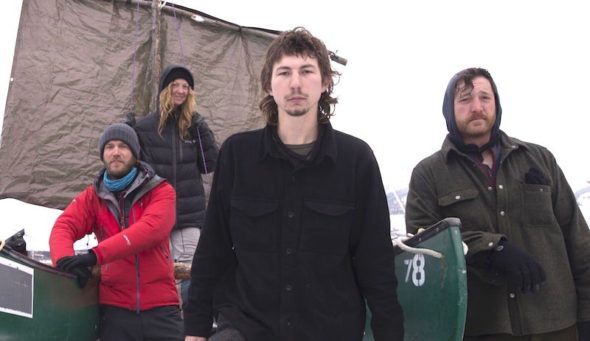 Discovery is back on the hunt. Recently, the network announced season two of Gold Rush: Parker’s Trail will debut in March.

The docuseries follows 23-year-old miner Parker Schnabel and his crew as they hunt for gold in the jungles of South America. Season two of Gold Rush: Parker’s Trail premieres on Discovery Channel on March 30th at 9 p.m. ET/PT.

(LOS ANGELES) – Twenty-three-year-old gold miner Parker Schnabel has had many adventures in his life. But nothing has prepared him for this latest one. Parker and his crew of friends are about to head deep into the treacherous jungles of Guyana, South America, to chase a 21st century gold rush at the site of the legendary ‘El Dorado.’ But this is one treasure hunt that could cost them everything. ‘GOLD RUSH: PARKER’S TRAIL’ returns for a second season on Friday, March 30 at 9 PM ET/PT on Discovery. The hit series returns after a successful run last season as 2017’s #1 new unscripted cable series in M25-54.

Last year, fans watched as Parker and his crew attempted the perilous journey into the frozen north on the legendary Klondike Gold Rush Trail. Now Parker has decided to try his luck in Guyana, a gold mining hot spot. Last year alone, Guyana produced over 750 million dollars’ worth of gold. In a bid to find a just a fraction of that treasure, Parker and his crew will risk their lives in the biggest jungle in the world. But with all this golden potential, even the most seasoned miners have failed, including Todd Hoffman.

Parker will leave his heavy mining equipment behind and tap the local population to teach him how to find gold by hand and using only basic tools. Far from his home in Haines, Alaska, it’s here in Guyana where he’ll have a chance to mine like the old-timers during the original Klondike gold rush of 1898, before machines took the place of gritty manual labor.

Once again, Parker is joined by his foreman and close friend Rick Ness to help him mine; survival expert and wilderness guide Karla Ann to help keep them all alive; and long-time friend and adventure cameraman Sam Brown, the man responsible for filming their expedition.

To find a virgin gold claim, Parker’s crew will fight their way through dense and dangerous jungle where they’ll encounter lethal predators like ravenous caiman and jaguars along with venomous snakes and spiders the size of softballs. Even the piranha they fish for can kill them with their razor-sharp teeth.

Parker will need to learn all new ways of mining and how to handle the dangerous high-pressure hoses. But that’s only the beginning. The risk becomes even greater as they head deep into the unknown — crossing raging rapids and overcoming treacherous waterfalls to reach the near-legendary “Mountain of Gold.”

But what they encounter on the last leg of their journey was something that not one of them ever expected. Could this be the biggest payout in Parker’s illustrious mining career? Or could the journey to “El Dorado” prove to be tougher than any of them ever imagined?

What do you think? Have you seen Gold Rush: Parker’s Trail? Will you watch the new season?