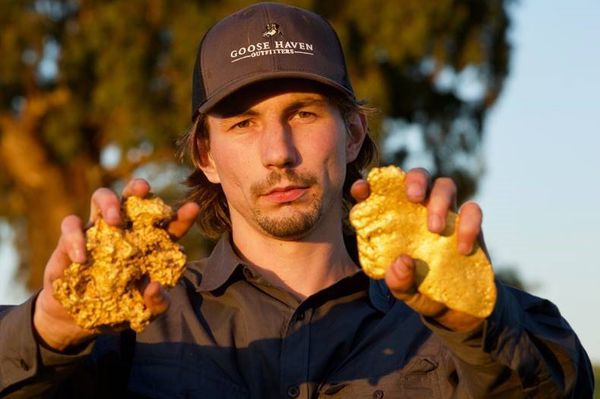 Time to get ready for another season of Gold Rush. The new season is taking its viewers to Australia. Gold Rush: Parker’s Trail is set to premiere next month.

“As another Klondike winter shuts down the Yukon, 25-year-old gold mining prodigy Parker Schnabel is determined to expand his operation and dig year-round. Following his gut instinct and a few solid leads, Parker and his friends will make the 8,000-mile journey to the vast terrains of Australia. The land is home to record-sized nuggets and the largest untapped gold reserves in the world. If Parker can find gold and stake a claim in Australia, it could revolutionize his business, turning a self-made Yukon miner into a global mining operation. GOLD RUSH: PARKER’S TRAIL returns for a fourth season on Friday, March 13 at 8 PM ET/PT on Discovery.

Australia is one of the largest gold-producing nations in the world, but nothing can be taken for granted. Australia’s landscape is brutal and home to some of the deadliest snakes, saltwater crocodiles and spiders on the planet. To dig deeper into Australia’s gold mining industry, Parker will get his hands dirty prospecting mines. The team will travel vast terrain – over 6,000 total miles across Australia – following the historic gold rush trail that began in 1851.

This year, Parker will be joined by 24-year-old gold miner and prospecting expert Tyler Mahoney, a fourth-generation Australian gold miner. Her ability to navigate the country’s vast goldfields and read the ground will be instrumental. Rounding out the team will be Danny Etheridge, cameraman and close friend of Parker; and Fred Lewis, a former US military medic and communications specialist.

Parker isn’t afraid of a challenge. Over the past three years Parker’s mining adventures have taken him all over the world; from the historic Chilkoot Trail of the Klondike Gold Rush to Guyana and Papua New Guinea. Now the team has their eyes set on the vast Australian continent in a quest for gold and adventure that could forever change their lives.

In addition to watching the series on Discovery, viewers will have the opportunity to win actual gold this season in a treasure hunt. Follow Discovery on Facebook, Instagram, and Twitter for the latest updates on this hunt and the show. Viewers can join the conversation on social media by using the hashtag #ParkersTrail. Stream new episodes each week on the Discovery GO app.

What do you think? Will you watch this new season of Gold Rush next month?

When is it comming to australia.cant wait.

Can’t wait until this starts. Have watched the series since started. Loved watching Parker and his grandfather and also Parkers Trial.

Why can’t we get Parker Australia on Discovery here in Canada. We have always seen Gold Rush before