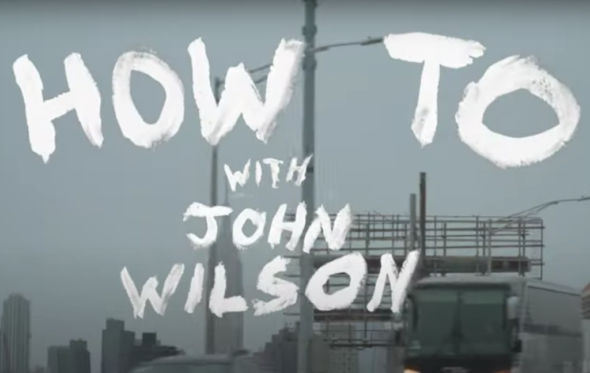 How to with John Wilson is coming soon to HBO. The cable network has now released a trailer for the new comedy docu-series, which premieres later this month.

In a uniquely hilarious odyssey of self-discovery and cultural observation, Wilson covertly and obsessively films the lives of his fellow New Yorkers while attempting to give everyday advice on relatable topics. The awkward contradictions of modern life are eased by Wilson’s candid, unpolished commentary, with season one’s episodes offering up his distinct take on a range of deceivingly simple topics. Building upon Wilson’s previously released “how to” short films, the episodes take wildly unexpected turns, but are grounded in John’s refreshing honesty.

Following his graduation from college, John Wilson took an unorthodox path by spending a year working for a private investigator, an education that inspired his “documentary memoir” shooting style. Equal parts ethnography and autobiography, his films are all shot from the first-person perspective and underscored by his distinct, wry narration style. While Wilson’s anxieties flared amongst large film crews, he found his groove making hilarious “how-to” videos that he released for free on the internet. His short films “Los Angeles Plays New York” and “The Road to Magnasanti” were official selections of the 2016 and 2017 New York Film Festival.”

Check out the trailer for the new docu-series below.

What do you think? Do you plan to check out this new HBO series later this month?