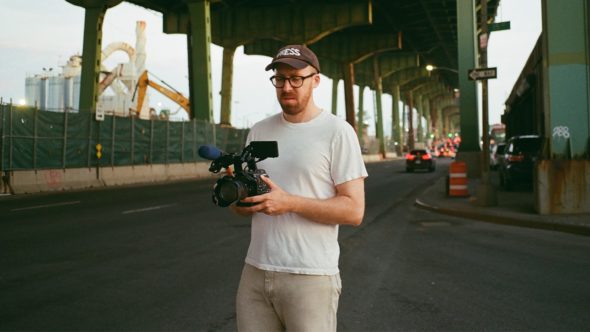 How To with John Wilson is returning for a third season. HBO has renewed the docu-comedy series, which follows filmmaker Wilson in his journey of self-exploration in New York City. A return date will be announced later.

HBO revealed more about the third season renewal of the series in a press release.

“HBO announced today that the critically acclaimed docu-comedy series HOW TO WITH JOHN WILSON has been renewed for a third season.

In season two of HOW TO WITH JOHN WILSON, documentary filmmaker and self-described “anxious New Yorker” John Wilson continues his heartfelt mission of self-discovery, exploration and observation as he films the lives of his fellow New Yorkers while attempting to give everyday advice on six new deceptively simple topics. Nathan Fielder, Michael Koman, and Clark Reinking, who previously worked together on “Nathan For You,” serve as executive producers. Building upon season one, the episodes take unexpected turns, but are grounded in John’s refreshing honesty. The second season concluded on December 31, 2021.

Currently nominated for a WGA Award for Comedy/Variety Sketch Series, New York Times hailed season two of HOW TO WITH JOHN WILSON as an “ambitious, adventurous, wildly eccentric and incredibly smart comedy” with an “enduring power of the real” while IndieWire named it “one of the best docu-series of 2021.” Variety called the series “stellar” praising John’s narration as “one of TV’s best performances of 2021.”

“John finds humanity in the most mundane and absurd places, we’re thrilled to continue seeing New York through his utterly hilarious and poignant lens.”

What do you think? Are you excited about the renewal of How To with John Wilson by HBO?