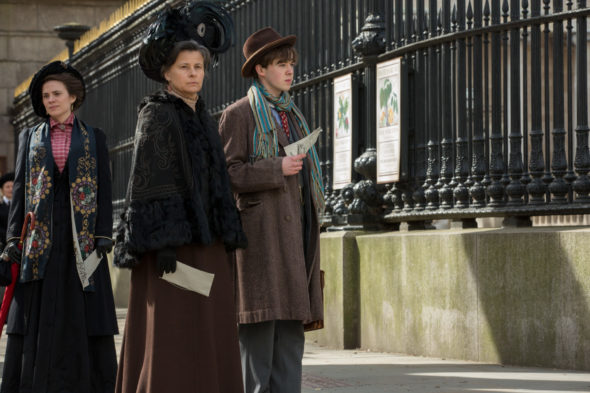 How does life treat Margaret and Helen Schlegel during the first season of the Howards End TV show on Starz? As we all know, the Nielsen ratings typically play a big role in determining whether a TV show like Howards End is cancelled or renewed for season two. Unfortunately, most of us do not live in Nielsen households. Because many viewers feel frustration when their viewing habits and opinions aren’t considered, we’d like to offer you the chance to rate all of the Howards End season one episodes here.

What do you think? Which season one episodes of the Howards End TV series do you rate as wonderful, terrible, or somewhere between? Should Starz renew Howards End for a second season? Don’t forget to vote, and share your thoughts, below.

I loved Howards End! I want to see more.

I have relished each and every episode of BBC/STARZ Howard’s End! Episode 4, however, leaves one hanging on for more. There is more to the story. I have been watching the movie Howard’s End, on Nerflix and have not wanted to go past where I am on the series so as not to spoil it. I have not read the book, but the movie version clearly shows that there is more to the story. I should love for there to be further episodes or a season 2 as I am sure that others that love this genre would agree. MORE… Read more »