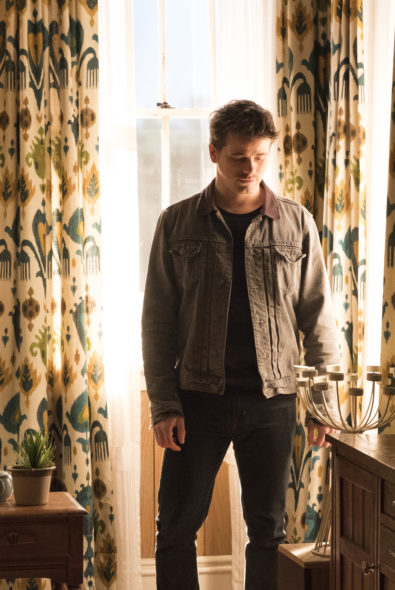 Perhaps the world is beyond saving. ABC has cancelled its Kevin (Probably) Saves the World TV show — after just one season of 16 episodes. The defacto series finale aired in March.

An ABC dramedy, Kevin (Probably) Saves the World stars Jason Ritter, JoAnna Garcia Swisher, Kimberly Hébert Gregory, Chloe East, J. August Richards, Dustin Ybarra, and India de Beaufort. The fantasy TV series centers on the formerly self-involved Kevin Finn (Ritter). As the last of the 36 righteous born into his generation, Kevin is told by his heavenly guide that he “power up” his soul by committing selfless acts of kindness, so he can locate and anoint the next 36 and (probably) save the world.

The first season of Kevin (Probably) Saves the World averaging a 0.67 rating in the 18-49 demographic and 2.70 million viewers. In the end, those numbers were just too low for the network to order a second season.

Variety has confirmed the Kevin (Probably) Saves the World cancellation.

What do you think? Should ABC have cancelled or renewed its Kevin (Probably) Saves the World TV series for season two? Sound off, in the comments.

I was in a bad place the first time I watched this show and it was amazing. I just watched all 16 episodes again, this time with my wife. She loved it. This show was one of the best things I’ve seen on TV in a long time. I haven’t seen anything as good since. I’m guessing there’s no chance it’ll ever come back, but I am still holding out hope years later

I loved this show. I wish Amazon or Netflix would pick it up. It was so nice to have a show that was not afraid to mention God, and to show the good in people. Jason Ritter and actually the whole cast were great. SOMEBODY PLEASE keep this show going…

I loved this show. Jason Ritter is so likeable!
I looked forward to watching every week.
The cast was excellent. Funny, smart, a bit of fantasy, surprising at times. Always made you feel something heartfelt. I will miss it. Please bring it back!

This was one of my favorite shows with a great cast! I love Jason Ritter, he’s so lovable and funny. Please bring the show back! I agree 100% with the other comments too.

I loved this show! It was a family show, gave you hope that the world could become a better place, and it was so funny! I don’t understand the networks. Is the creative process of making new shows so difficult, that old shows have to keep being remade? I liked some of the shows that are coming back, but they had their time…..I don’t want to watch them again.. I want fresh and different shows. Give the new shows a chance for goodness sake!

Please stop bringing back old shows. Bewitched, Murphy Brown, Will & Grace etc were great but done. Kevin ( probably) Saves The World was great, I want it back!

I wish canceled shows could have an ending. Viewers come to love the cast of characters while welcoming them into their homes, and then they just cease to exist. That not only unfair to the actors, but it is greatly unappreciated by the viewer. Please let the shows have an ending ….. to avoid the loss we feel when you cancel them.

This was a great show! Something you could actually watch with children around! I don’t understand why lighthearted comedies are always cancelled! We need a variety of shows so that there is something everyone can watch. Please reconsider and bring this show back!