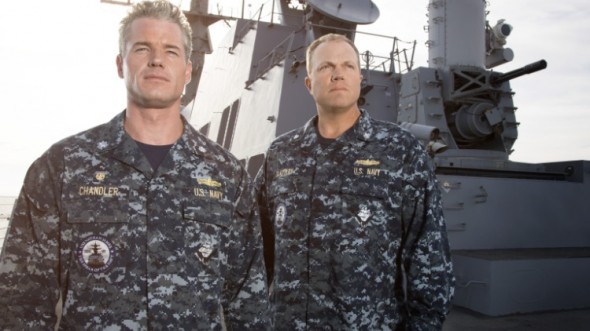 The Last Ship has a new mate. Deadline reports Liannet Borrego will recur on season five of the TNT TV show.

On The Last Ship, Borrego will play “Amara Ollanta, a Gran Colombian special operator bad-ass on Octavio’s team.” The series is currently in the middle of its fourth season, with season five slated to premiere on TNT in 2018.

What do you think? Do you watch The Last Ship? Are you enjoying season four?

One of the features that I like about the last ship is the theme of bravery and courage.

We love Last Ship!! We wait for it all year long!

I understand the use of the Ulysses metaphor in this season’s series, and it is a useful ploy. I do not like the “badass” predictability of the Siren of Titan. She has been a distraction and a waste of precious air time. Please! Get rid of her ASAP. Too weak! To campy! WAY too overused. The Ethan James crew needs more time and exposure in such a short-lived season. “Badasses” are part of this series, but this season seems as though the writers phonedin a lot of their work. I love “The Last Ship,” and always have, but I hate… Read more »

Here’s my beef about the show recently. This actress named Jodie Turner-Smith. It’s totally ridiculous she can’t act worth anything she’s terrible. She just put words together in the come out why the hell did they put her in this role? This bad ass black woman? And she’s flirting with one of the main characters good grief! This actress is so terrible so bad she’s like dictating her lines from somebody holding up a Q card she’s awful.! There’s a lot of problems with this season but it’s not with the plot it’s with actresses like her . Get rid… Read more »