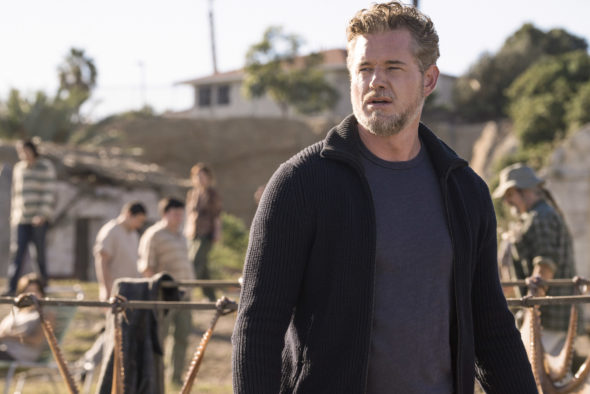 Will there be another season of The Last Ship. According to Deadline, season five will likely be the last for the TNT TV show.

The naval drama, which is currently in its fourth season, centers on the crew of the USS Nathan James, which must try to find a cure for a deadly virus that has wiped out most of the world’s population. The cast includes Eric Dane, Bridget Regan, Adam Baldwin, Charles Parnell, Travis Van Winkle, Marissa Neitling, Christina Elmore, Jocko Sims, Bren Foster, and Kevin Michael Martin.

Earlier, cast member Travis Van Winkle wrote on his Instagram (in a now deleted post) that season five was a “series wrap.” Now, Deadline reports star Eric Dane is available and has been approached for new roles. TNT has released a statement regarding the status of The Last Ship, saying it’s too early to tell if there will be a sixth season or not:

We shot two seasons simultaneously, the fourth is currently on the air and the fifth will return next summer. We greenlit the fifth with the idea that it could be the final season, however it’s far too early to make that determination.”

What do you think? Do you watch The Last Ship? Would you watch a sixth season?

The Last Ship is an awesome drama. Sad that it will be going away. The cast and storyline are excellent. But sometimes a drama needs to be a final season, I have watched some dramas that lose the concept of why the script was written so they start going off grid. This can leave a sour taste in your mouth. I was sad that Tex was killed off. I really liked his character. He was always there at the right time. Which ever way it goes I love this show.

we need some good writers for a season 6!!
Reply to  Nan

We need some good writers for a season 6…..wonderful show!!